Electric saw gores decorator in the face – and he survives 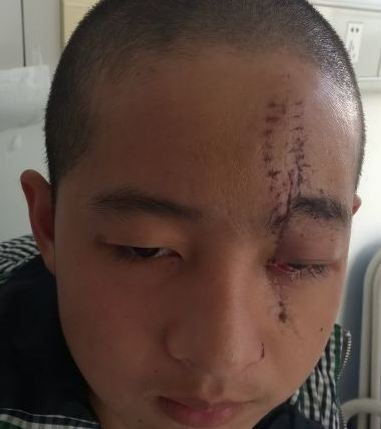 A decorator has made an incredible recovery after part of a saw disc flew off and became embedded in his face.

Zheng Lang was working in Fuzhou, China’s Fujian Province, and using the electric tool to cut metal bars when the ring sliced his forehead.

It thrust 2cm into his skull, narrowly missing both eyes.

‘I felt something hit my forehead and blood came out,’ he said.

He was rushed to hospital where doctors operated to carefully remove the saw disc and broken pieces of skull.

Zheng is expected to recover fully apart from some slight impairment to the sight in his left eye.