Sammy announced that she was leaving the soap last year, however bosses managed to keep her final storyline a total secret. 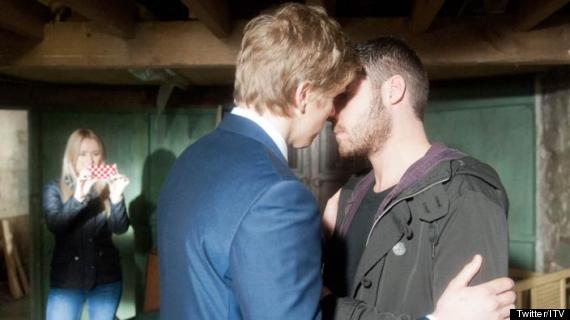 In Thursday’s show, fans saw Katie plummet to her death after an argument with Robert.

Andy’s wife had finally secured proof of Robert’s affair with Aaron, and when she refused to hand him the phone containing the evidence, a physical struggle ensued and when the floor fell through, Katie went with it.

Sammy’s final scenes have divided fans on Twitter. While some were left stunned, a number have complained that the scene didn’t do Sammy’s 14 years on the soap justice.

Katie’s death in #Emmerdale was so shocking! ;o

@emmerdale truly surprised me last night,was not expecting Katie’s demise!Robert is the guy I love to hate 🙂

Of all the good storylines Katie has had her departure was awful! #Emmerdale

Really cannot believe katie has died in Emmerdale omg no

@emmerdale don’t like Katie being dead I wanted her to make a dramatic ‘reveal all’ at the wedding. sad to see Katie leave #ByeKatie

Elsewhere in the village, there’s been plenty of drama, and new arrival Emma Barton looks set to cause problems.

Bosses are also planning to revisit Val’s HIV storyline, when the character suffers from a new health crisis.