‘Emmerdale' Spoiler: Katie's Death Leaves Robert In Shock, As He Struggles With Guilt Over Affair (PICS)

Robert Sugden is set for a tough time in ‘Emmerdale’, as he struggles to cope following Katie’s shock death.

Robert was tussling with Katie when she plunged to her death, but that isn’t the only thing he feels guilty about. 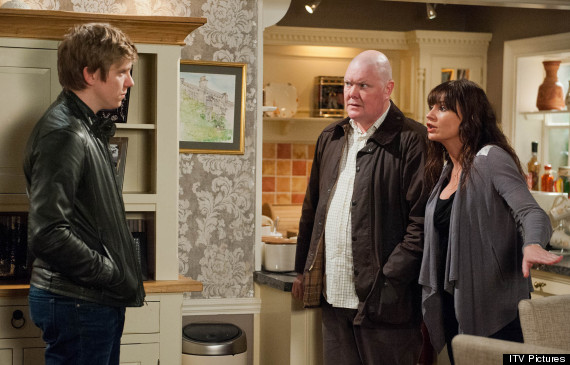 There’s also the small issue of his affair with Aaron, which Katie finally found proof of just minutes before plummeting to her death.

Robert has to face an angry Chas and Paddy, but he has no idea how much they know.

Will he confess to the affair? Or do they have other plans?

Katie’s death came as a shock earlier this week, and fans were left stunned by Sammy Winward’s final scenes.

There’s been plenty of drama in the village lately, and bosses recently revealed plans to revisit Val’s HIV storyline.

Watch ‘Emmerdale’ on Thursday 12 February to see the events unfold.