Eurovision Song Contest: How Gay IS It, And Does It Matter?

The Eurovision Song Contest may be billed as fun for all the family, but there’s a big pulsating gay message at its heart – for those who want it, according to one highly enthusiastic academic.

According to Dr Peter Rehberg, Associate Professor in European cultures at the University of Texas, when someone like the inimitable Conchita Wurst uses her victory speech to say “We are unstoppable”, we can take it two ways… “You could see this as a general mantra, or you can stop to notice it’s being said by a drag queen with a beard whom Russia did not want in the contest, and it becomes quite clear.”

I had the good fortune to bump into this open-minded thinker at the recent Eurovision 60th anniversary conference held in London. For Peter, 1998 was a key year, with the victory of Israeli Dana International. “The gay fan culture existed before that, but it was almost an unspoken thing. With a transsexual winning the competition, Eurovision had its coming out.” 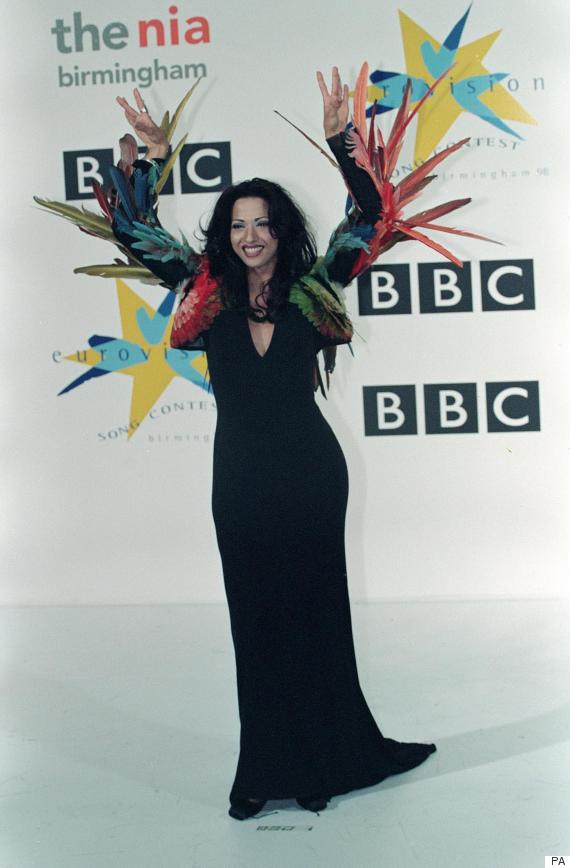 Peter points out what happened to the competition after that, with other countries acknowledging it, following suit and sending similar acts, even Russia with its proto-lesbian duo T.a.T.u. in 2003, the Ukraine sending Verka Serduchka in 2007. “She was a hybrid between a nurse and a robot,” he remembers. “She ended up second. The storyline was she was a Ukrainian comedian, but it was queer on so many levels.”

He chuckles, “In the press centre, 98% of the journalists are gay men. It’s become Gay Pride funded by European tax money.”

For Peter Rehberg who can recall his own first ESC experience in 1975 – “I missed ABBA by a year” – it’s the natural legacy of lots of people now in their middle age who had a childhood in front of the TV. 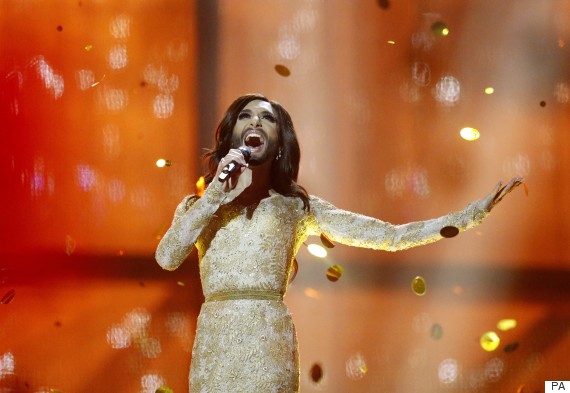 “We are unstoppable,” said Conchita last year – whatever that meant

“Eurovision is such a conventional family format,” he explains, “but with all these funny, extravagant, outrageous performances on stage, which dawning gay youngsters react to, they find this Utopia in the middle of this show. I can testify, it made you realise there’s a different world out there, it triggers your emotions, fantasies and dreams.

As a respected academic, Peter has dug deep into the significance of the event as a way of looking at recent European history, an exercise he describes as being legitimised by what happened in Europe in the early 1990s.

“Eurovision became a scene where a cultural mobility in Europe could be seen and learned. This is when academics from sociology, cultural studies took an interest in it. It could be a device for teaching and understanding what was going on in Europe.” 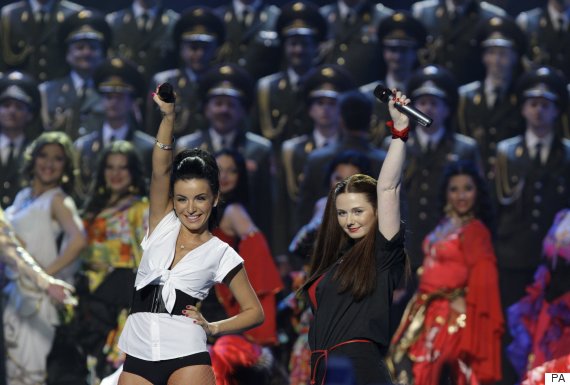 T.a.T.u were Russia’s answer to Dana International – a proto-lesbian duo performing in 2003

Lest we consider this wishful thinking on the part of any self-confessed Eurovisio-phile wanting a research grant to study their favourite topic, Peter gives me an example.

“You think about paranoia in certain parts about immigration, migrant workers, the question of whether Eastern Europe taking over, and then look what happened to the contest. Eurovision became this scene, where the countries of Western Europe began to act very strongly, sometimes in alliance, against Eastern Europe. It was like they were asking themselves, what is Europe?” 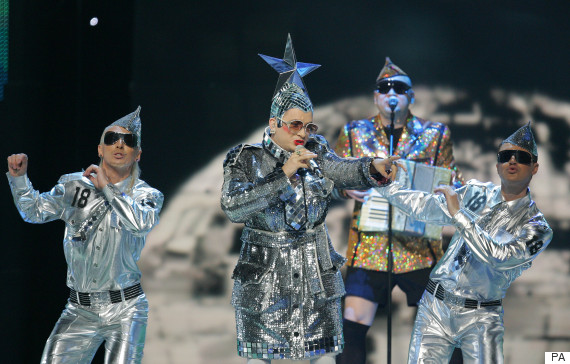 Verka Serduchka – Ukraine, 2007 – was “a hybrid between a nurse and a robot, and queer on so many levels”

Of course, with such emotion comes controversy including, most recently, Russia’s attempt to have the bearded wonder of Conchita banned from the contest before she’d sung a note, and the ensuing reactive booing of its own entry, two confused and tearful young girls. Peter Rehberg is not so horrified by this.

“I think Russia will be booed, and of course you can think about the two poor girls and the EBU is not in a position to encourage that, but it is legitimate,” he insists. “Political feelings are part of the show.”

Similarly, is it ok for the contest to take place in countries where homophobia is basically state-sanctioned? Does it encourage civil rights groups in those countries such as Russia and Azerbaijan or does it give the state a leg up in their claim for international standing?

“You have both,” says Peter. “I would say, yes, go there, it triggers the conversation. But we need to be cautious, too, about creating a too rigid east-west division. Germany and Austria aren’t very high up the league table of gay rights, with an eastern country like Croatia doing better.”

So, with so much political and cultural significance wafting around, is there anything left for your common or garden viewer?

“Every year is quite different,” he affirms. “We have these great queer moments but, if you look at the years prior to Conchita’s victory, it was all very hetero-normative, for example, boy-next-door Alexander Rybak and his folk tune. That’s another essential part of Eurovision, a very straight fantasy.” I seem to remember Mr Rybak having his own healthy gay fanbase, but I get Peter’s point.

With this year’s 60th anniversary of the contest being branded ‘Building Bridges’, Peter Rehberg has one more joyful point to make.

“I don’t want to be naïve, but one of the beautiful things is the lesson in loving your neighbour. You can’t vote for yourself, and you are put in a position where you have to deal with Europe, and think about who you like. It is an inclusive event. Gay people have a certain dominant voice, but it doesn’t exclude other voices.”

This year’s Eurovision Song Contest semi-final is on BBC3 tonight, with the final being broadcast on Saturday evening at 8pm on BBC1.