What’s it really like to be a teenager in today’s world, where real life means a digital life?

Channel 4 have built on last year’s series ‘The Secret Life of Students’, with a series tapping into the world of a bunch of brave teenagers, who’ve volunteered to reveal all their texts, tweets, Facebook updates, video and phones calls over the course of a year.

Not only that, but the 12 youngsters have done this in the year they turn 17, a year of unprecedented changes, leaving school, fluctuating friendships and romances.

Can you imagine? Excruciating doesn’t begin to cover it – and we have an Exclusive Clip above. 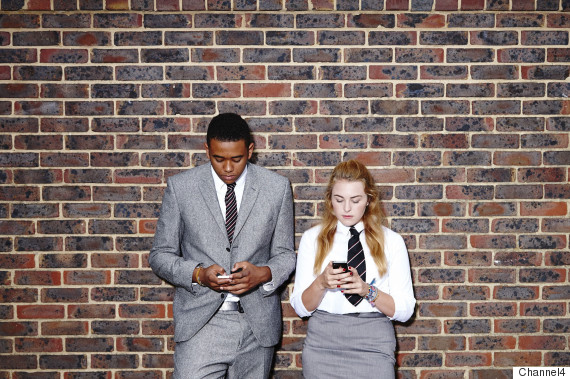 Producers have wisely selected a disparate bunch – from sporty girls to computer geeks – and focused on the social hierarchy and how it’s been affected by social media, there to record every drunken mishap, romantic meltdown, exam stress.

‘Teens’ debuts on Channel 4 tonight (Tuesday 24 March) at 10pm. Watch the trailer below…