Apart from a shared interest in kinky sex, perhaps, you wouldn’t think Drusilla (Spike’s girlfriend from Buffy the Vampire Slayer) would have that much in common with E. L. James and Fifty Shades of Grey. But from my particular perspective, there are parallels:

E.L. James started out writing vampire fan-fiction on the website FanFiction.net about five years ago, and so did I. She concentrated on Edward and Bella in Twilight while I was drawn into Drusilla’s rich, dark world of Buffy.

From that first gleam of potential in the grey and shaded world of fanwritten fiction, we both developed into published authors, E. L. James (real name Erika Leonard) coming from Twilight into Fifty Shades and myself moving from Drusilla’s Roses to Dear Miss Landau. Although never legitimately published, Roses is strongly referenced in Dear Miss Landau and, technically, both works should be read together.

I didn’t read Twilight fan-fiction myself and have no memory of running into “Snowqueen’s Icedragon” (Leonards’ blogging pseudonym) at the time, but we (along with hundreds of thousands of other writers) were all in the mix together. God only knows what would have happened to Edward Cullen if I’d decided to pair him up with Dru one dark night and see who was left standing. She’d probably have had him for breakfast…

Then things diverged. I sent Roses to a certain Juliet Rose Landau, who was “blown away” by it. That led to my crossing America to meet the lady who’d portrayed Drusilla and the publication of Dear Miss Landau. E.L. James, for her part, reworked her original material, changing names from Edward and Bella to Christian and Anastasia, and tapped a torrid vein of desire leading to a googolplex of sales and a throne (no game) as one of Hollywood’s major movers and shakers.

Fifty Shades became a trilogy and my Dru novellas became a quartet which could change the Buffyverse forever, but while Dear Miss Landau quietly garnered great reviews and got good sales for a debut novel, Shades went stratospheric.

Am I (as Catherine Tate would say) bovvered?

It would be easy to harp on about Shades‘ lousy reviews and purple prose, or stand pious at a pulpit and say I’d never rework my own words, but I don’t knock fellow authors. J.K. Rowling is a good professional and E.L. James got the sales. They earned their rewards, and anyone who puts pen to paper does not, in the first instance, do it for financial gain. We know how few ever make any real money. Congratulations to those who do.

Perhaps the real difference which caused our divergence is this:

When I started writing Drusilla, I had no grand plan in mind. But then it seemed as if the vampire herself jumped headlong out of the Hellmouth and politely insisted I finish her story. There are tales of writers who claim an incredible connection with their characters, so intense it is as if that character becomes real. There are even legends of tulpas – fictional creatures who physically manifest themselves in our world and aggressively demand their stories be told. Conan the Barbarian apparently did this to Robert E. Howard. I don’t think that was quite the case with me and Dru (she was more the vampire “flatmate” alive in my mind), but it was a profound and very personal experience.

And it’s not for sale; except in its original, unaltered state.

I don’t think E.L. James had the same connection to Edward Cullen, so there was no attachment to violate; and though I’d say Dear Miss Landau and the Dru quartet (Roses, Redemption, Revenant and Graveyard) are rare examples of cross-pollination between the fan-fiction genre and published authorship, you never can tell what will go viral and what won’t.

After all, and to paraphrase, what would it profit me if I suffered the loss of my own soul, but did not gain the whole world?

James Christie is the author of Dear Miss Landau. He was diagnosed with Asperger Syndrome, a mild form of autism, at the age of 37 in 2002. He lives in the Scottish Borders. 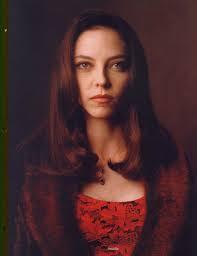 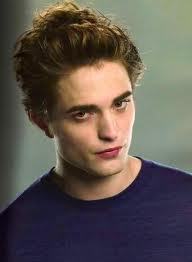