With less than a week to go until the much-awaited film adaptation of ‘Fifty Shades Of Grey’ hits cinemas, we don’t have long at all to wait until we get to see Jamie Dornan and Dakota Johnson in action as Christian Grey and Anastasia Steele.

However, while the majority of the plot will revolve around what Christian and Ana get up to in his mysterious Red Room Of Pain, there’s more to ‘Fifty Shades’ than blindfolds, handcuffs and riding crops (or so we’ve been told).

In fact, the film’s supporting cast includes a number of stars you might easily recognise, including Jennifer Ehle and Marcia Gay Harden, who both have rather impressive accolades on their mantelpieces. 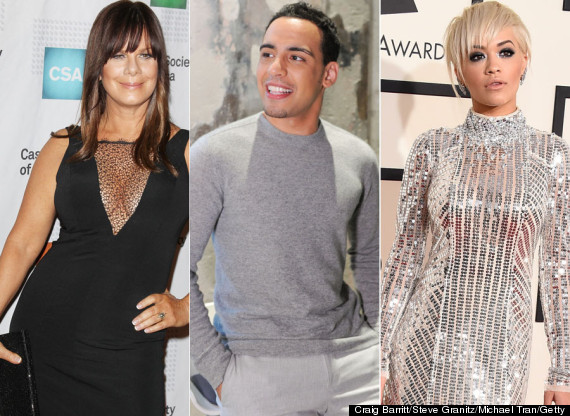 Three of the stars of ‘Fifty Shades of Grey’

‘Fifty Shades’ will also be bringing new talent to viewers’ attention, such as Eloise Mumford and Rita Ora, the latter of whom will be taking on her first major film role as Mia Grey in the new film (though we don’t know how much we’ll actually be able to pay attention to what she’s saying given the wig she’ll be sporting).

To save you a few frantic Google searches on your way home from the cinema, here’s where you might know other members of the cast of ‘Fifty Shades Of Grey’ from…

‘Fifty Shades Of Grey’ hits UK cinemas on Friday, 13 February. Find out everything you need to know about the film by clicking here.