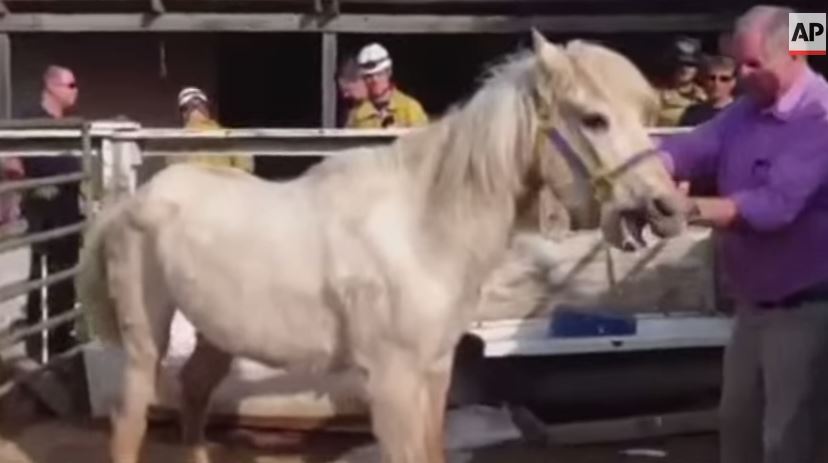 We’re no closer to finding out whether bathing will leave you cleaner than taking a shower but what we do know is horses should go nowhere near bathtubs.

That’s after firefighters in Sacramento, California, had to rescue a horse who got stuck in one.

Metropolitan Fire District Captain Michelle Eidam said Phantom was dancing around in her stall to protect the bathtub used as her food trough when she suddenly fell in on Wednesday.

MORE: Burial ground with 3,000 bodies to be excavated in London for Crossrail

The 30-year-old horse was stuck for about 25 minutes with her feet up in the air, which was when this amusing video was taken.

Unsurprisingly there was some confusion when the wife of the horse’s owner Charles Campbell called emergency services for help.

‘She (dispatcher) called her back and she said, “You’re husband can’t get out of the bathtub?” And she says, “No, it’s my horse,”’ Mr Campbell said.

Between firefighters and the owner’s family, they were able to prop the bathtub on its side and pull Phantom, a Palomino/Appaloosa mix, forward onto her feet.

She was not injured.

MORE: Myleene Klass gets public telling off from headmistress over Unicorn row