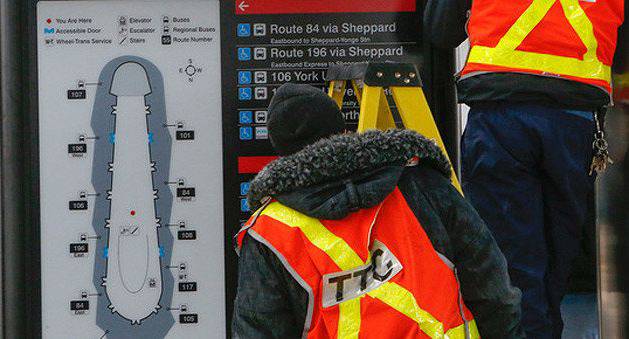 Workers at Toronto Transit have been forced to remove a penis-shaped sign from a station after photos of it circulated online.

Images of the bus platform map have been posted on social media sites – including Reddit – by numerous people who have noticed phallic-like qualities.

Brad Ross, Toronto Transit Commission (TTC) spokesman, said: ‘Everybody who had seen the sign, it led some to believe it looked like a very phallic-looking symbol and we don’t want any of our maps to be misconstrued, so we’re in the midst of replacing it.’

The sign was removed from Downsview station on Tuesday morning.

No official complaint was made from the public, however.

MORE: Penis acid attacker: ‘I never intended to kill his penis, I was just angry’

MORE: Why are my mates so obsessed with my penis?

MORE: Teenager accidentally shot in the penis by friend