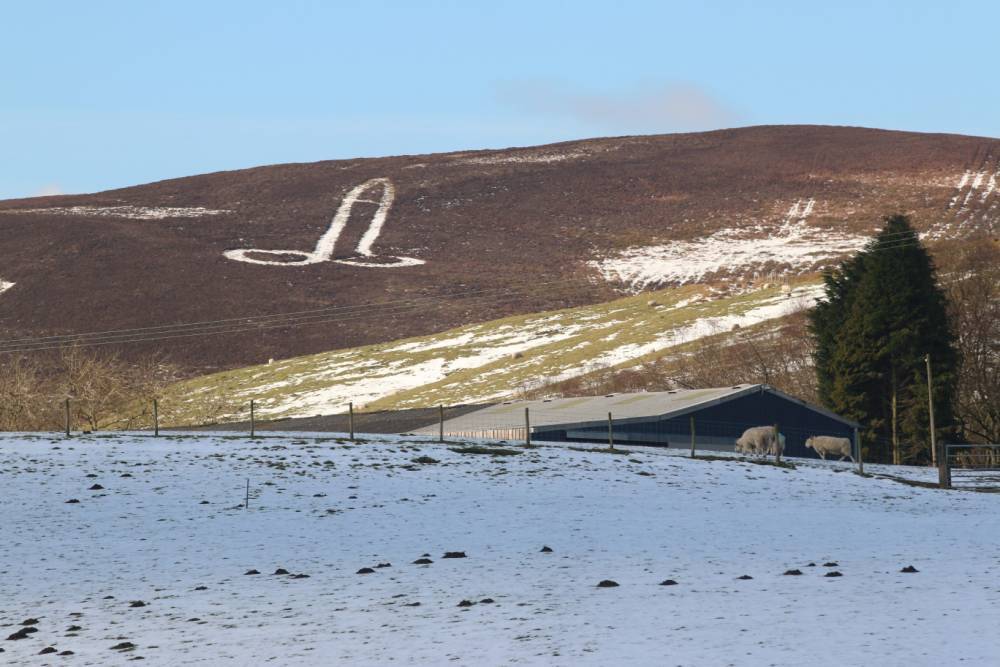 It hasn’t been a good start to 2015 for Wales – a country plagued by giant phallic symbols.

First there was that floating penis in the sky, now a big member has appeared on a hillside.

MORE: Giant penis spotted in the sky above Wales

Pranksters created the 100ft long willy by cutting down heather in Denbighshire, over the A525 Wrexham near Llandegla.

Then as the temperature rose, the depiction was revealed.

At The Mountain Bike Centre in Llandegla, opposite the symbol, owner Ian Owen said it had been pointed out to him by a neighbour who took a photo and put it on Twitter.

He said: ‘It’s created quite a lot of interest. I saw it as I was leaving work.

‘It think it’s excellent, quite funny. It’s good for Llandegla to be famous for something.

‘It is putting us on the map like the large chalk man and chalk horse on the mountains in Dorset and Warwickshire.’

The artwork is reminiscent of the Cerne Abbas Giant, a nude hill figure near the village of Cerne Abbas in Dorset.