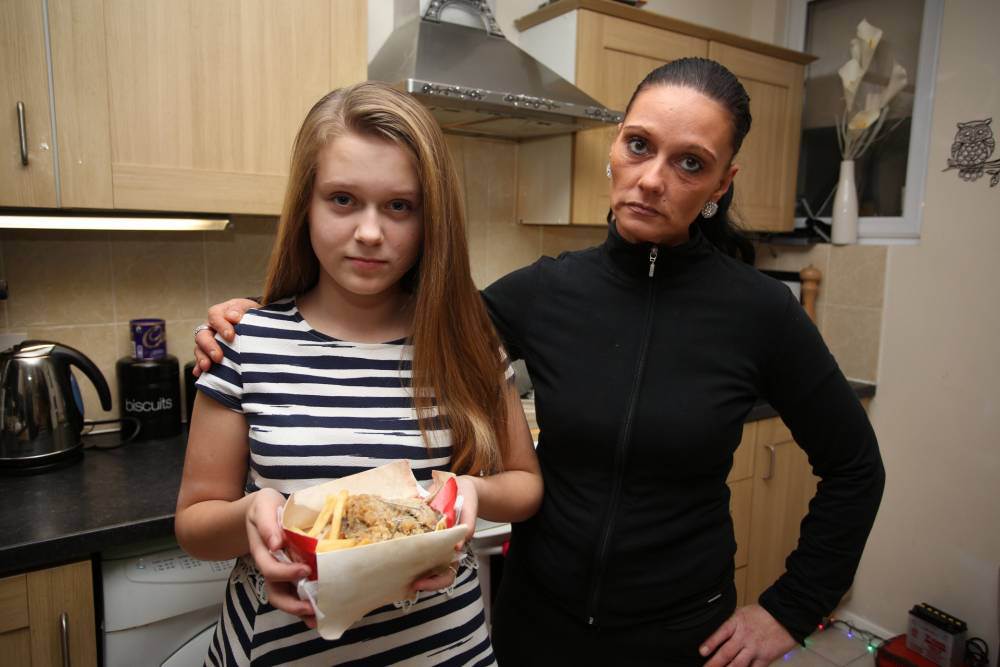 A girl of 11 narrowly avoided biting into a nail after spotting six of the inch-long fasteners in her takeaway chicken and chips.

Mollie Howe was about to eat her £1.30 chicken and chips after returning home from the Red Rooster fast food restaurant when she spotted the nails partially concealed in her food.

And her mother Sharon Howe, 39, has condemned the fast food outlet that served her daughter the meal, saying that despite going to the Red Rooster ‘almost everyday’ she won’t be going back.

‘It’s even more worrying because my dad could have eaten it as he often goes there too,’ said Ms Howe, from Dagenham, Essex.

MORE: Restaurant shames customers who ‘forgot’ to pay for meal on Facebook

‘I definitely won’t be going there again – it just isn’t worth the risk. None of my family and friends will be using it either.’

Ms Howe added that she was so angry with staff that her 21-year-old son, Reece Hare, had to stop her storming into the restaurant. And she said that even after her son spoke to staff the only compensation offered was ‘more food’.

Maumand Khan, who works at the Red Rooster, said staff were ‘terribly sorry’.

‘We can’t understand how this has happened. We don’t have that kind of nail anywhere in the shop,’ he said.