Have Emoji’s started appearing in Space? 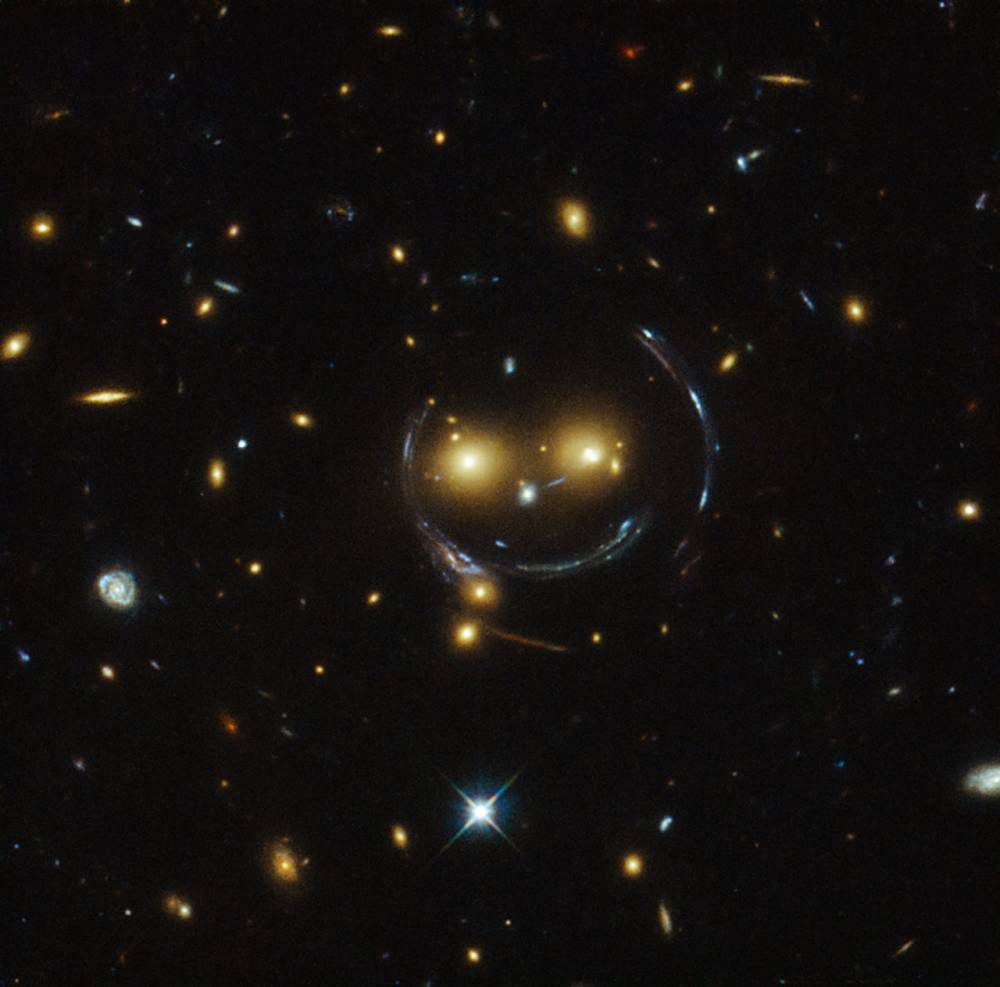 There’s no denying that Emoji’s have taken over the world, with everything from a dancing lady to a smiling poo now appearing in our text messages.

But now, it appears that they’ve made their way to space, after a galaxy cluster appeared in the shape of an emoji.

New images of the galaxy cluster SDSS J1038+4849 appear in the shape of a gigantic emoji smiling down on Earth.

The two ‘eyes’ are actually bright galaxies, while the ‘smile’ is an arc formed by strong gravitational lensing.

The gigantic galaxy clusters are the biggest structures in the entire universe. Their gravitational pull is so strong that they are capable of warping space around them, meaning that they can work as ‘cosmic lenses’, distorting light and causing the arc smile seen in the photo.

The unique picture was snapped by Judy Schmidt, an amateur astronomer who submitted the image to the Hubble Telescope’s Hidden Treasures competition.

Hubble was launched in in 1990, and has captured more than a million observations of space since then.

MORE: Young driver ‘screamed down phone to her grandfather after knocking down and killing elderly couple’