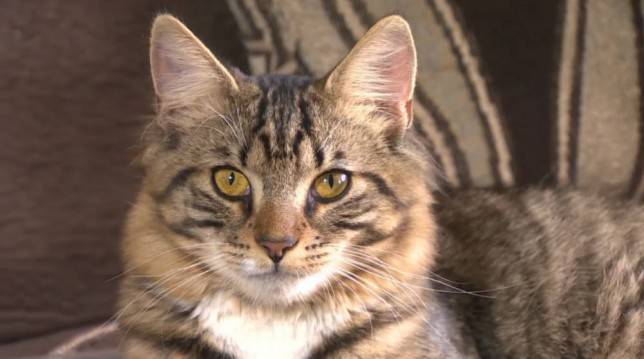 Mittens, a stray cat with both male and female genitalia, is to undergo gender reassignment surgery after being taken in by a caring family.

The Murphy family discovered their new-found pet’s dual-gender after taking it to a local veterinarian for an examination.

Surgery is required for the cat because the dual genitalia are causing bowel and urinary issues.

Colleen Clarke-Murphy, the cat’s new owner, had hoped for Mittens to become female, but vets advised her to assign the cat’s gender as male.

Ms Clarke-Murphy from Newfoundland in Canada told CBC: ‘I’d like for it to be a female, but it really doesn’t matter.

‘She was part of my family when she came home with my daughter.’

The cat will be both spayed and neutered before reconstructive surgery is carried out.

The $1,500 (£802) bill for the complicated surgery will be met thanks to a friend of the family who is auctioning old items on Facebook.

MORE: This pregnant woman twerked so hard her waters broke