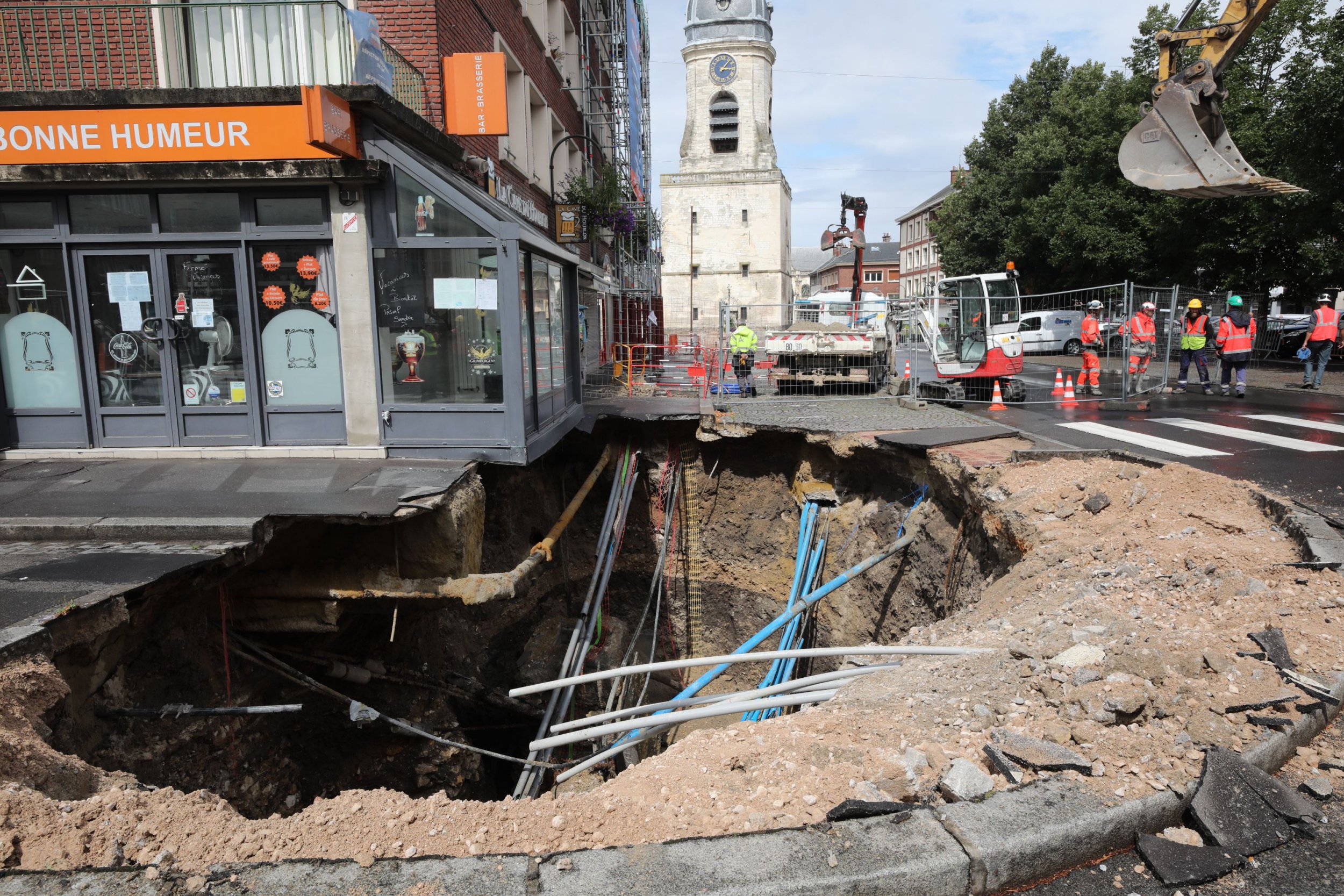 A large sinkhole has emerged right outside a pub in northern France.

Part of the venue in Amiens was left dangling over the edge of the 16ft deep hole after it suddenly emerged overnight yesterday.

Gas and electricity in the area were cut off and local media says nobody is believed to have been hurt when it appeared.

For now, La Bonne Humeur (good mood in English) brasserie remains closed until they can make the building safe.

It is not known what caused the collapse, but there are theories that it could be related to the town’s Roman heritage or a fortress built in the Middle Ages.

A local newspaper said it was likely that it was linked to the presence of a hidden medieval  cellar.

It was first believed a leaking water pipe that has weakened the sandy layers of the floor over time may have been responsible.

However, the local authorities say that this is not the case and the only damage done to water pipes happened when the sinkhole emerged.

A spokesman for the town hall said: ‘Firefighters and various services of Amiens Métropole including the on-call engineer, waterworks and sanitation went to assess the situation.

‘A preliminary security perimeter was installed around the excavation before access to Place Debouverie was forbidden.

‘Three tenants of the building above the brewery were asked to leave their homes by firefighters and were welcomed in the lounges of the town hall. As a precaution, the distribution of water and gas was cut off in the area.’

Thieves blow up ATM and escape with cash inside