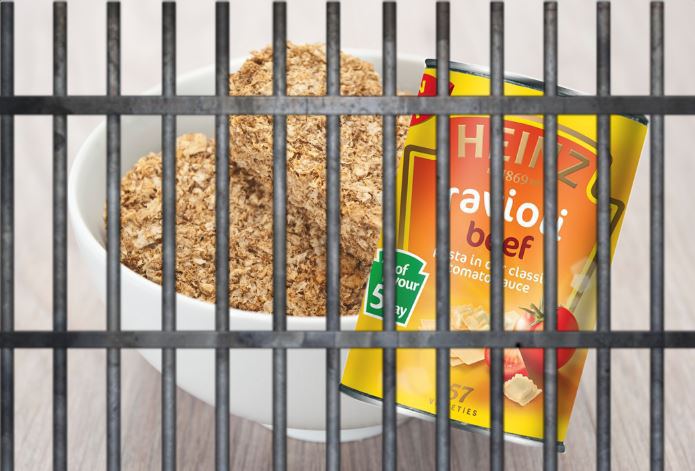 A hungry criminal faces jail after breaking into a police station and helping himself to some Weetabix, milk and Ravioli.

Lynton Frazer, 38, was given a three month sentence after preparing ‘breakfast’ when he forced entry to Oxgangs Police Station, in Edinburgh.

The break-in was probably made worse (in our eyes) by the horrendous concoction of Weetabix, milk and Ravioli pasta he was found cooking up in a saucepan when officers responded to the alarm.

MORE: Man beheaded his mother because he thought she was a reptile

‘The only answer is a prison sentence,’ said Sheriff Frank Crowe when handing down the term at Edinburgh Sheriff Court.

‘Under that regime you can be seen by a psychiatrist and have medication. There is no other method in my view of dealing with this case’.

It wasn’t the first time Mr Frazer had broken into the unmanned station, having also been there in August 2013.

Mr Frazer’s lawyer said the criminal acts were a purposeful attempt to get arrested so he could receive treatment for a substance abuse issue.

His sentence was deferred pending reports.