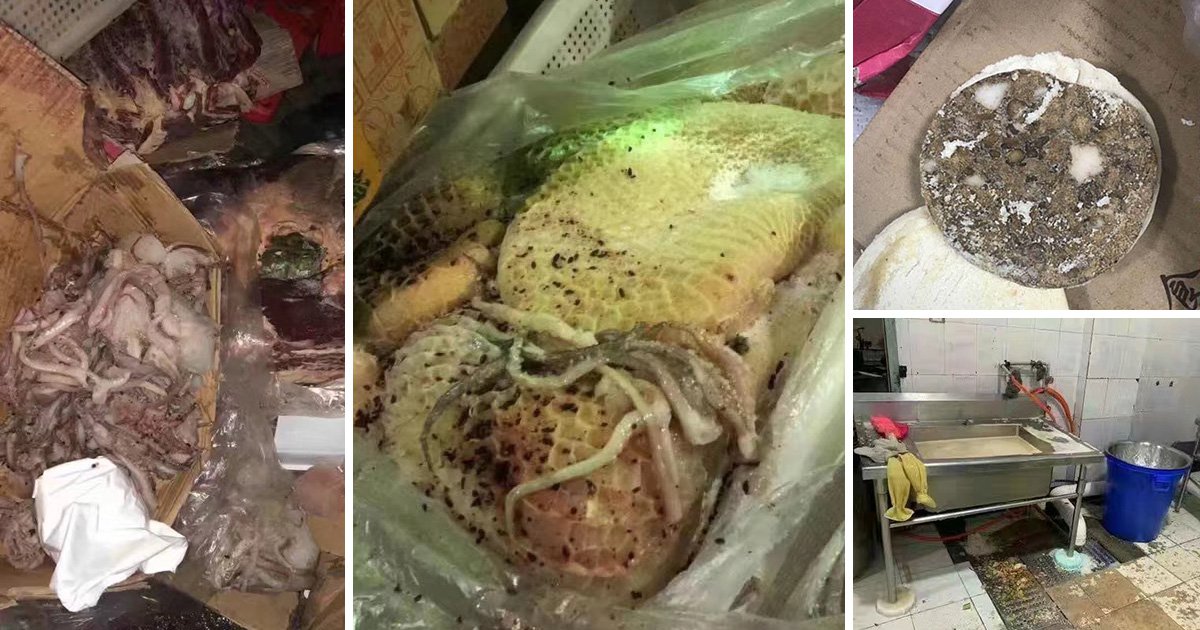 Piles of mouldy bread, rotting meat and smelly seafood have sparked angry protests at one of China’s most prestigious high schools.

A group of parents discovered the horrific state of the kitchens when they were invited to a tree planting ceremony at Chengdu No 7 Experimental High School.

There was so much food going off in the kitchens that it took two trucks to remove it all.

However, a group of angry parents intercepted one of the lorries and a protest started outside the school, quickly turning violent with parents slamming one parent to the ground.

The protests turned violent and police were seen slamming at least one parent to the ground.

As the protests developed and with roads being blocked, police used pepper spray on them and 12 people were arrested.

One described it as pig slop while others now fear for their children’s safety if they eat at the school.

A dad with a son and daughter at the school said: ‘[The items looked like they had] been in a freezer for years, [it looked] like zombie meat.

‘I smelled the pork, it was stinky. [There was] ginger, which looked disgusting too.’

He told the BBC: ‘We don’t even let kids have leftover food at home… I spent tens of thousands of dollars and my kids are having pigwash there.

‘I dare not tell my younger son… I’m worried he might not dare to eat canteen food after that. My daughter has been telling me she has a stomach-ache. I [told] her she might have just over exercised. It breaks my heart.’

In November several many of the children at the £4,380-a-year school came down with stomach problems.

It is believed that this may have been why the parents decided to go into the kitchens.