James Blunt has been honing his skills of the sharp-tongued retort in the training room of Twitter for the last five years, and now he’s taken it onto the pitch, with a red-blooded, forensically-skilled takedown of MP Chris Bryant.

READ ALSO:
James Blunt Just Won Twitter, And Here’s Why
James Blunt Tells HuffPostUK: ‘I’m Not Worried About Five Men With Their Trousers Round Their Ankles’

If Chris Bryant had realised just how many antagonists Mr Blunt chews up before breakfast, he perhaps wouldn’t have aimed his bow in this particular direction – name-checking the former Army officer turned balladeer in his list of “posh people from privileged backgrounds” currently crowding the cultural scene. 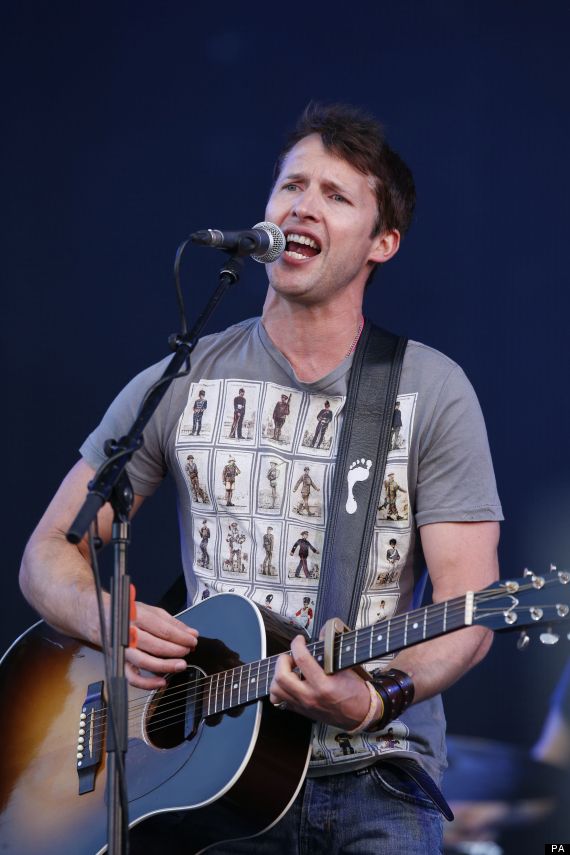 “I am delighted that Eddie Redmayne won [a Golden Globe for best actor], but we can’t just have a culture dominated by Eddie Redmayne and James Blunt and their ilk,” is what he actually said.

Now, James Blunt has put down his guitar and picked up his pen to call Mr Bryant a “classist gimp” among other things, and point out that his posh-sounding background has actually held him back in the industry. Starting with…

That he was actually signed to a record company in America, where they don’t care about such things.

“It is your populist, envy-based, vote-hunting ideas which make our country crap, far more than me and my shit songs, and my plummy accent.”

Don’t hold back James. And he didn’t, signing off with a final flair…

Chris Bryant has now responded to James’ letter (which you can read in full at the Guardian), but James is no doubt ready with a few more salvos.

In his response (which has been published in full here), Chris stands his ground, writing:

I’m delighted you’ve done well for yourself. But it is really tough forging a career in the arts if you can’t afford the enormous fees for drama school, if you don’t know anybody who can give you a leg up, if your parents can’t subsidise you for a few years whilst you make your name and if you can’t afford to take on an unpaid internship.

When he spoke recently to HuffPostUK on his latest album going platinum, the subject of his perceived ‘poshness’ inevitably came up. His thoughts…

“Well, the only thing I can say is I hear your voice, and I don’t judge you on it.” *HuffPostUK pulls Kermit face

Here are some more examples of Le Blunt in action…

As does your missus. RT @teamtommo58: James blunt your music sucks #fact

I never liked the sound of my own voice. Till it made me rich. @SamanthaMika: Does anyone else HATE james blunt’s voice? I can’t stand it.

Nope, you’re on your own. RT @chickenoriental: I must be 1 of only 2 who genuinely likes every @jamesblunt song. The other person being him.

Only I was drunk at the time. RT @tianpogiaf: People who think you’re beautiful –
1. Your parents
2. James Blunt

Damn thing’s always getting caught under my feet. RT @laurenlyall: Why does James Blunt sing like his willy is being stood on?

Only coz I turned her down. RT @anadinskywalker: my grandma just called james blunt a queer

Then you need to see a doctor. @Lewisscoot: @JamesBlunt looks like my left testicle

Jesus only needed twelve. RT @garymoody65: @JamesBlunt why you only got 200k followers?

Coming upstairs now. RT @sassyfalahee: omfg james blunt is on the tv downstairs can this day get any worse!

You seem to have sent a conceited knob with PMT to an otherwise GREAT gig. RT @Independent: Hammersmith Apollo review http://t.co/WieZsZRyKT

Interesting. What other forms of prejudice are you into? RT @sjd500: @GaryLineker James Blunt sounds a bit too posh to me to be a pop star.

.@IndyMusic I am sorry that You’re Beautiful, despite being a great song, brought out the worst in some people, including you.

Yes. RT @Doda127: Do you have to be a knob for @JamesBlunt to respond?

At least it’s not on your face. RT @MiissAshley: Nothing fucks your vibe up more than James Blunt coming on your Young Money Pandora

And it’s taken you a decade to figure that out. @MuzakirAhmed: @JamesBlunt your music’s shit