Jaws: Someone got inventive with their baby’s crib 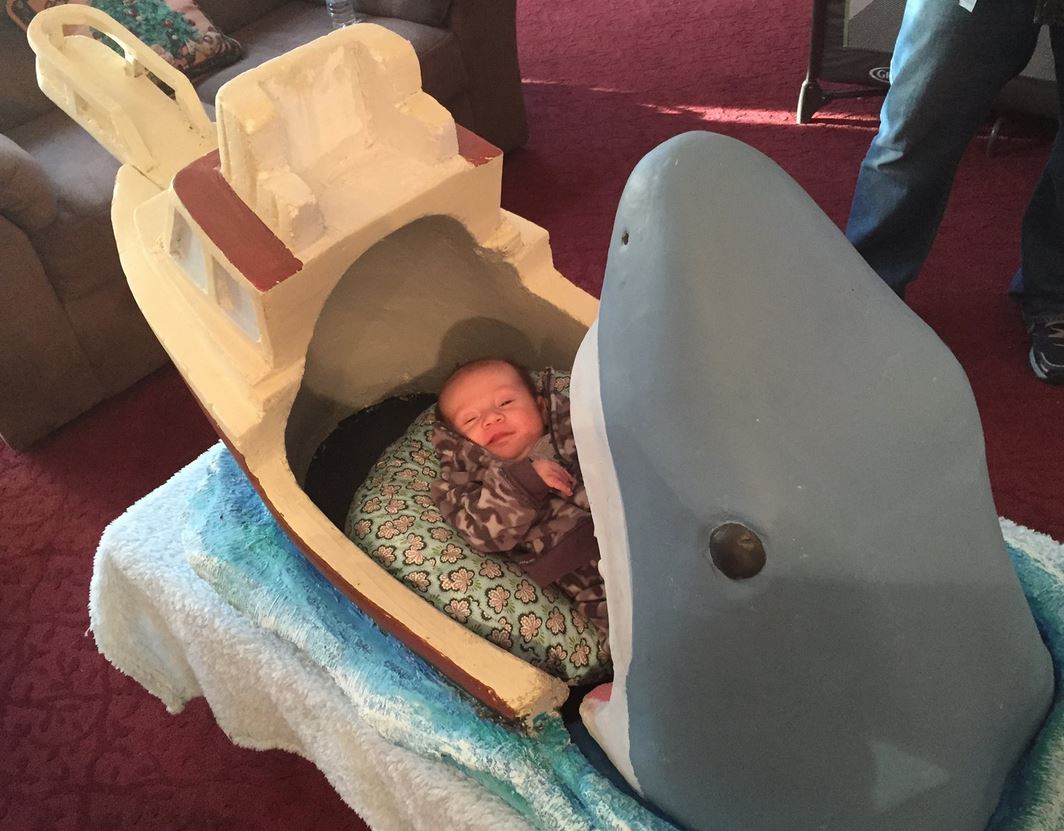 It’s hard enough being a baby without your uncle making you sleep in a terrifying shark crib.

Two-month-old Michael Joseph Melaccio had to brave the scary looking bed after his uncle Joseph Reginella decided to make it for him because he loves Jaws.

‘I’ve been waiting to put this kid in here for months!’ he wrote on Facebook.

MORE: One year on, first Romanian to enter UK is on £60k… but he doesn’t think much of Britain

Mikey’s dad Mark Melaccio was complicit in the making of the haunting crib, which may have seemed like a betrayal.

He could be seen smiling despite the shark appearing to gobble him up.

MORE: Stocks of ‘miracle cure’ ZMapp for Ebola have run out