Jeremy Clarkson Admits Regret Following ‘Top Gear' Fracas And Sacking: ‘It Was My Own Silly Fault'

Jeremy Clarkson made a brief return to the BBC on Thursday morning, for his first interview since the now infamous ‘Top Gear’ “fracas” and the sacking that followed.

During a chat with Radio 2’s Chris Evans, the presenter took the chance to share his regret over the incident, and also opened up about his plans for the future. 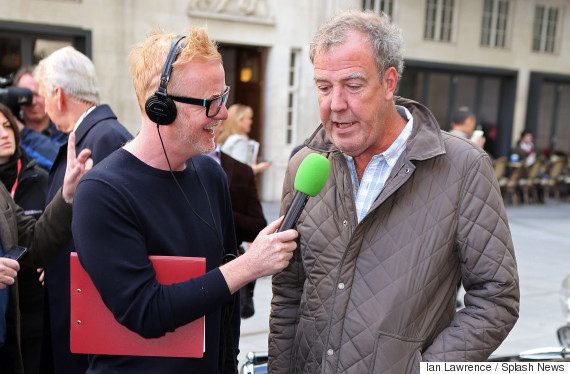 Jeremy speaks to Chris outside the BBC’s London studios

Chris began by playing Jeremy an old interview, in which he could be heard nonchalantly stating that if ‘Top Gear’ was ever taken off the air, he’d simply do something else.

In response, Jeremy explained, ”I didn’t actually anticipate not doing it anymore at the time,” adding: “It was my own silly fault so I can hardly complain.”

“I did the current incarnation of ‘Top Gear’ for 12 years and it really was my baby.

“I do feel as though there’s big hole that needs to be filled.”

The presenter also had (mostly) kind words for his former employers.

“I like the BBC,” he said. “There are some dreadful people in it, but there are also some really talented people and I’ll thank them for it, for some time now.” 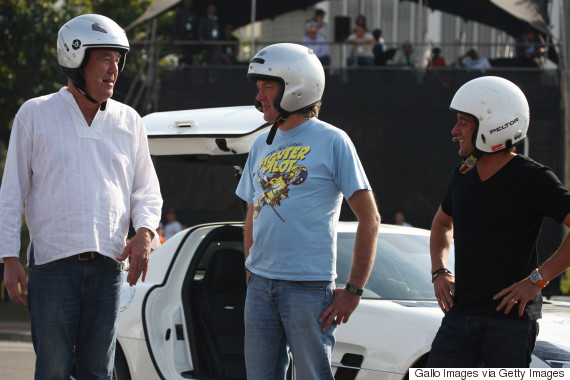 Jeremy, James and Richard were rumored to be driving off to ITV

However, despite having a “hole that needs to be filled” Jeremy’s in no rush to sign up for a new TV show, and he remained adamant that he’s technically not in talks with any other broadcasters.

After joking that he’s planning a flower-arranging show with James May and Richard Hammond, Jeremy stated that he’s “listening” rather than talking, to potential new employers.

“I’ve been at the BBC for 27 years,” he told Chris. “You emerge and you find the world has changed.

“You have to learn how it works, which is what I’ve been doing. I’m going to work out what to do in it… and in the meantime I’m getting really good at tennis.”

Jeremy also confirmed that fans will definitely get to see the remaining episodes of the latest series of ‘Top Gear’, saying: “They weren’t the strongest films we’ve ever done, but they weren’t bad.

“I think they’ll have to present them with an actual elephant in the room because I won’t be there. They are being edited right now.”

Jeremy, and his former fellow presenters are about to set off on their ‘Top Gear Live’ tour, which has been imaginatively rebranded ‘The Clarkson, Hammond And May Tour’ and a promo clip for the events was revealed last month.

It’s believed that the BBC are currently on the hunt for an entirely new trio of presenters, following Richard and James’ declarations that they would not return to the show without Jezza.

According to reports, they may have even decided on the new line-up already, and it seems at least one of the new recruits already has Jeremy’s seal of approval.

See more snaps of Jeremy’s return to the BBC below…