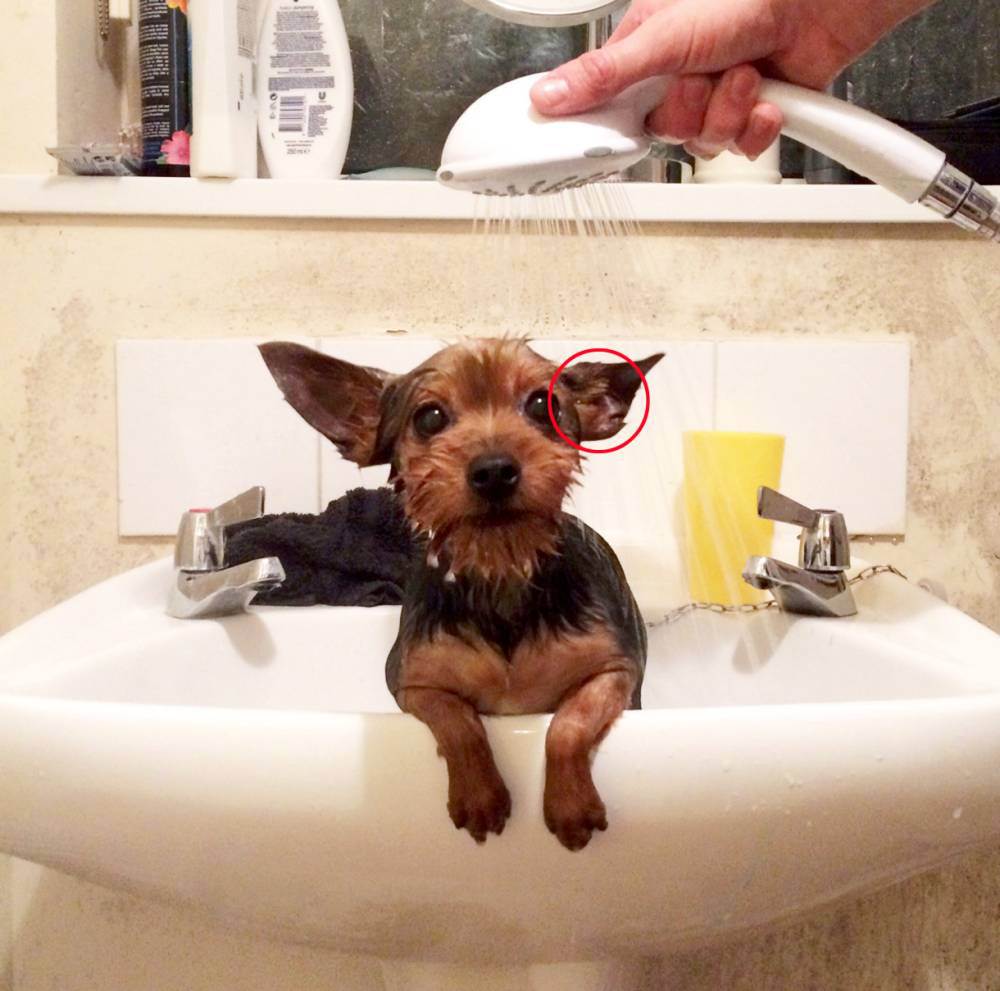 The Son of God usually reveals himself to mortals in the form of unusual patterns on slices of toast – but now seems to be branching out into pets.

Rachel Evans, 25, was astonished when the immortal son of God appeared in her dog’s ear after she bathed him in the bathroom sink.

The holy visitor also bears a slight resemblance to a monkey, and can be seen in the terrier’s right ear (circled).

Evans had used ordinary, non-holy water for the bath – so was surprised when her partner pointed out the divine visage in Yorkshire terrier Dave’s ear.

The DVLA worker from Swansea, south Wales, said: ‘I was a bit freaked out to be honest.

‘I am a bit superstitious and it’s quite spooky.

‘At first I didn’t see anything at all. We were just giving them a bath in the sink and taking silly photos and selfies because they looked cute.

‘About an hour later I showed my partner and he said “can you see that face?”

‘We looked a bit closer and realised it looked like Jesus. It’s a bit strange.’