Joanne Froggatt has shared her surprise at winning the Best Supporting Actress in a TV series Golden Globe, dedicating her win to her parents and husband.

The ‘Downton Abbey’ star was visibly shocked when her name was called during Sunday night’s ceremony, and she made an impassioned speech addressing the subject of rape, which has been central to her character’s storyline. 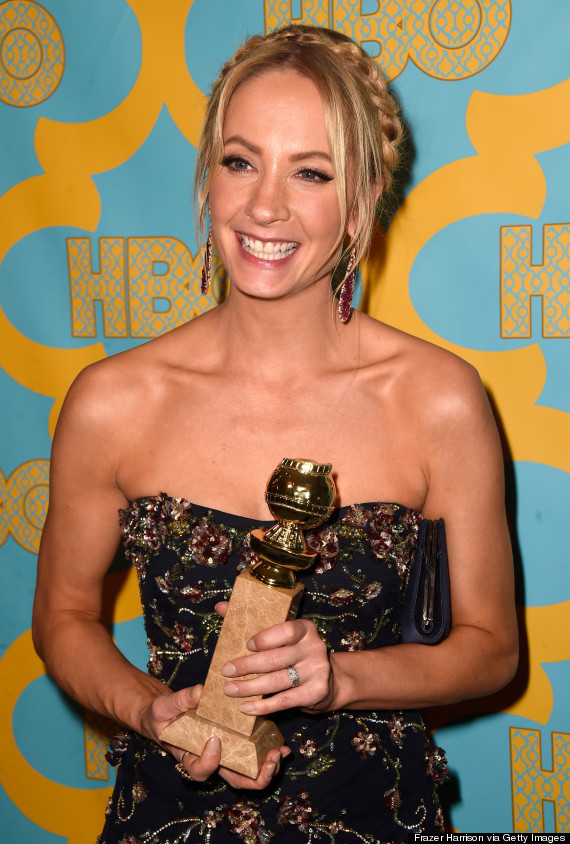 Speaking backstage, Joanna shared her surprise. stating the win was “the most amazing and hugest shock of my life, but the best ever.”

The actress then dedicated her award to her mum and dad, and husband James Cannon.

“[They are] my constant support,” she said. “Between the three of them, they’ve got me through everything.”

During her acceptance speech, Joanne revealed that she’s been contacted by many women who had been moved by her character’s storyline.

“I’ve received many letters from survivors of rape, and one told me she wasn’t sure why she’d written, but she just wanted to be heard.” Joanne paused. “I heard you.”

‘Downton Abbey’ fans had watched Joanne’s character struggle for the past two series with the aftermath of a violent rape, keeping it from her husband, and later being charged with the murder of her attacker.