Normal service has resumed for Katie Hopkins, who’s gone back to doing what she does best, following her stint on ‘Celebrity Big Brother’.

The controversial rent-a-gob actually won fans during her time in the ‘CBB’ house, however her appearance on ‘Loose Women’ on Monday afternoon has divided TV viewers. 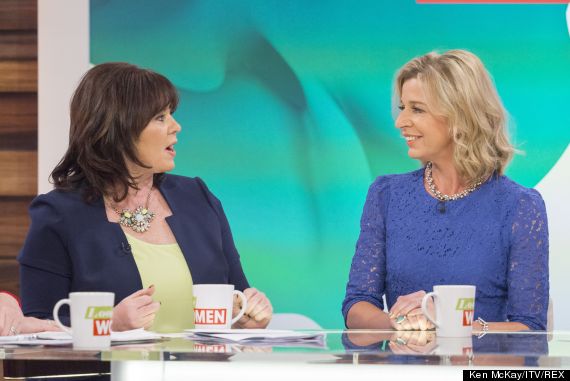 Katie appeared on the panel show to discuss her time in the house, however things took a different turn when Coleen Nolan asked Katie whether she ever regretted any of her controversial comments.

When asked if she was referring to specific remarks, Coleen questioned Katie’s decision to tweet about her sister Linda, during her appearance on ‘CBB’ in 2014.

Last January, Katie tweeted about Linda, writing: “Boring old woman! Probably smells of wee. She is revolting. Her knockers are somewhere near her ankles.”

When Coleen pointed out that Linda was a breast cancer survivor, Katie remained indignant, responding: “I get insults every day – I accept what people throw at me.

“If you put yourself out there on TV you have to expect people won’t like you.”

Coleen paused for a moment, leaving Janet Street Porter to continue the questioning.

“Do you think talking about a cancer victim having a droopy breast is constructive?” Janet asked Katie. 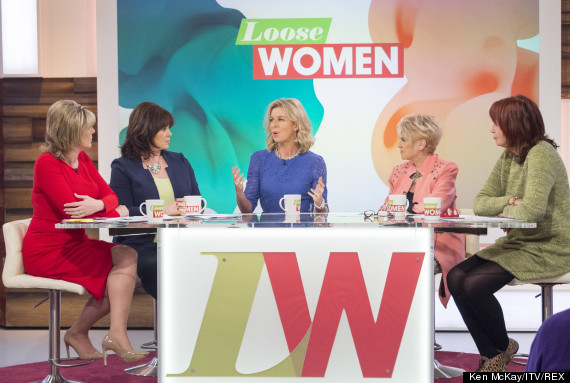 The former ‘Apprentice’ star then turned to host Ruth Langford and, in a matter-of-fact tone, said: “We could talk about this for the next 15 minutes or move it on.”

It didn’t end there though and Katie continued her crusade to offend as much as possible, insisting that Nadia Sawalha is “a bully”, before turning to Coleen and remarking “you can tut all you like”.

Remember when Katie was actually nice to people in the ‘CBB’ house? When she shed real tears as her housemates paid her compliments? We can’t believe that was less than a week ago.

Naturally, plenty of people have taken to Twitter to discuss Hopkins’ latest outburst, with many criticising her lack of sensitivity.

@NolanColeen I so admired you for saying what you did to that vile Katie Hopkins, she needs to be taken off air forever

So Coleen is a bully for confronting the world’s worst, Katie Hopkins, about horrible things she said about her sister? #loosewomen

Lost all faith in humanity when it comes to Katie Hopkins. The fact people agree with her and thinks she’s funny.Lost for words #loosewomen

However, some viewers sided with Katie:

All the loose woman team has done throughout this entire interview is attack Katie Hopkins, rather unprofessional

The women are doing the same to @KTHopkins as they did to Ken Morley, sort yourselves out, pathetic! Katie Hopkins all the way! #loosewomen

Obviously, as is usually the case, Katie just had to have the last word.

Many thanks to @moose-women for having me on the show. The sisterhood at its finest. #loosewomen