Katie Hopkins has given her fans(?) a double treat this week – a pair of statements, from which they can choose the one which delights/shocks them the more.

READ MORE:
7 Things People Really Should Have Apologised For In 2014
‘Katie Hopkins Is A Nice Girl, Really!’

Firstly, the controversial opinionist (new word) has told her readers in a newspaper column that, following her experiment of being a fat person, she would like to experience life as a Muslim woman… but only for a documentary.

She writes: “I’d like to do a documentary where I live a as a Muslim in a burka.

“I’d like to go into central London and do the moonwalk in a burka but I probably won’t be allowed.” 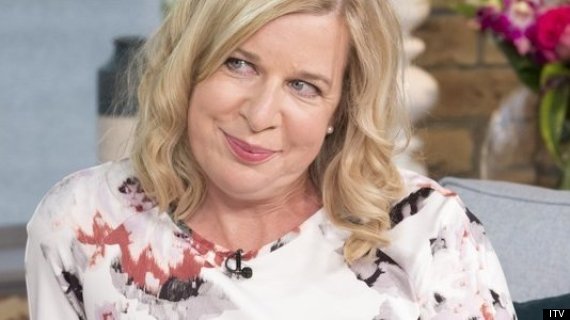 Katie deliberately added three stone recently to her slim frame, to prove her claim that fat people have no excuses

Katie recently put on three stone – deliberately – for a documentary charting her campaign to show how easy it is for fat people to lose weight.

Secondly, in mental images that cannot be unseen, during her planned weight gain, Katie has revealed that she felt so unattractive she insisted on undressing in the dark, had three showers a day because she got so sweaty, and didn’t have sex with her husband for two months.

Katie told the Sun, “Being fat is hard work. You can’t be fat and happy.”

Viewers can see Katie’s emotional and physical rollercoaster in the documentary ‘My Fat Story’, which goes out this week in two parts on TLC Channel, starting on Friday.