vWe thought they would have been at each other’s throats from the moment they found out they’d be sharing a house, but Katie Price actually saved Katie Hopkins from eviction during Tuesday night’s ‘Celebrity Big Brother’.

The Pricey was given power during Tuesday night’s “nominations twist” to save either Katie Hopkins, Nadia Sawalha, Perez Hilton or Alicia Douvall from eviction, depending on who was the “most entertaining”, after they were chosen by the rest of the house to face the public vote.

She chose to save Katie Hopkins, claiming: “I know Nadia, Perez, Alicia all want to go home. I don’t know about Katie. I have been entertained by Katie.” 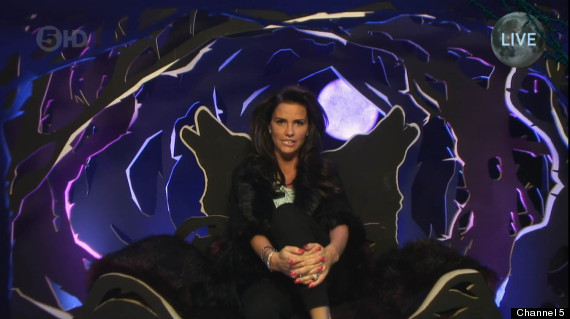 It was then time for the former glamour model to make an even tougher decision, choosing one of the remaining housemates who she thought was the “least entertaining” to face the second eviction of the series on Friday night.

Katie chose Calum Best, claiming her reason was that she thought he had the biggest chance of being saved by the public. 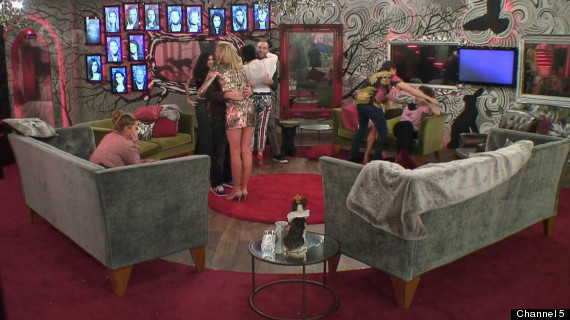 The house reacts to Katie’s choices

Almost half of HuffPost UK readers had previously voted for Katie Hopkins as the housemate they hoped would be safe from the eviction. 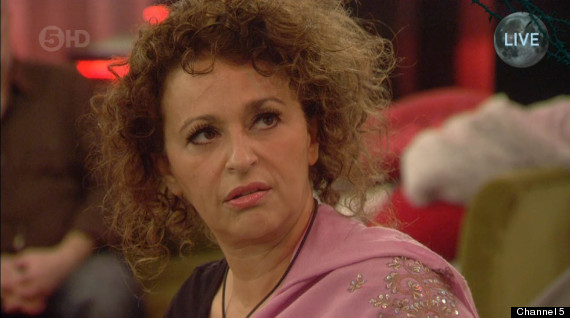 While our jaw certainly dropped at the shock nominations revelation, it dropped even further when The Pricey started dishing the dirt on her sex life with her ex-husband, the self-confessed “try-sexual” (he’ll try anything once…) Alex Reid.

Katie claimed their marriage ended because she “didn’t want to be the man” in the relationship.

Either Alicia, Calum, Nadia or Perez will now leave the house during Friday night’s live eviction… provided no one else walks in that time, that is.