Missy Elliott has sparked speculation that Katy Perry might be back with John Mayer, after sharing a snap of herself posing with the couple at Sunday night’s Superbowl.

However, things may not be as simple as they seem, as Katy’s other rumoured former flame Diplo was also at the University of Phoenix Stadium, in Glendale, Arizona.

John and Katy look pretty happy posing together in the snap, despite the fact they are thought to have broken up back in February last year.

Meanwhile, producer and DJ Diplo also enjoyed the show, though it seems he may not have attended the after party where Missy was hanging out with Katy and John. 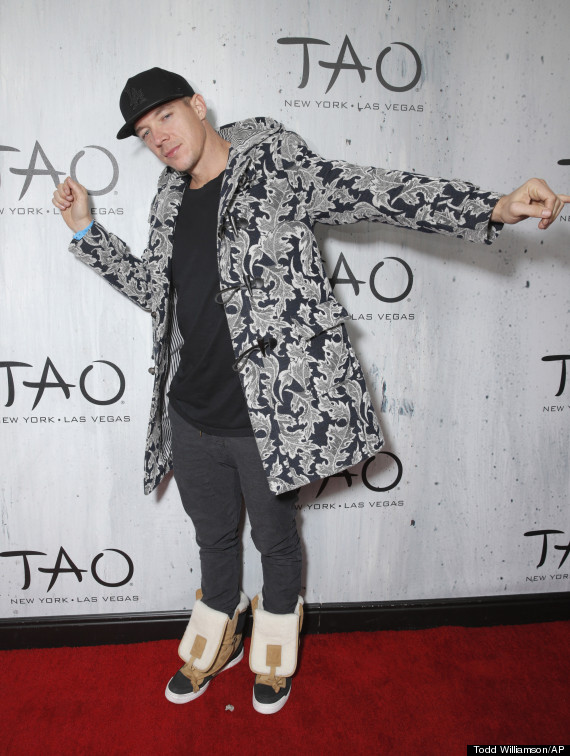 While the former couple’s romance was well-documented, her dates with Diplo went under the radar in 2014, and the pair of them never officially confirmed whether they were together.

Diplo had nothing but good things to say about the ‘Roar’ singer though, and he tweeted: “@KatyPerry won the superbowl.”

Finally, a third ex reared his head too, – are you keeping up? – in the form of Russell Brand, who took some time out from starting a revolution to tweet her a good luck message.

Super Bowl may be baffling to Brits but half time show will be amazing. Good luck KP

No, we don’t know what he’s playing at either.

After making her entrance on a giant lion, the ‘I Kissed A Girl’ singer performed a string of her hits and was joined on-stage by Lenny Kravitz and Missy.

See all the snaps from her performance below…