It’s arguably the scene that made the film the legend it is today.

More than 25 years ago, Meg Ryan re-enacted a shuddering orgasm whilst sitting in a deli opposite Billy Crystal for Rob Reiner’s When Harry Met Sally.

And now Keira Knightley has reprised the scene with some pretty convincing results. 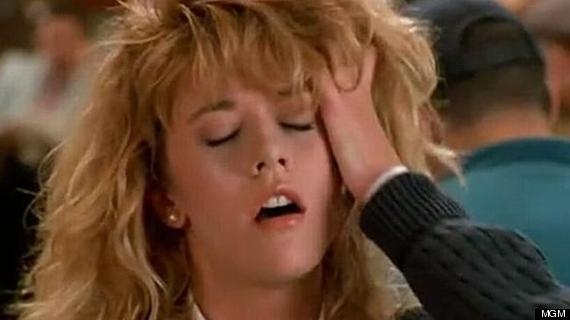 The portfolio was shot by London-born photographer Jason Bell, who also directed three short films – including this rousing scene from Knightley.