‘Coronation Street‘ veteran Ken Morley has been given an official warning by ‘Celebrity Big Brother‘ producers over his “wholly unacceptable” language towards his fellow housemates.

The episode also featured plenty of drama centred around Ken, who shocked his housemates in the morning by telling them he didn’t want to have a shower, but would head for the bathroom anyway, because it was “the best place in the world to look at women’s arses”. 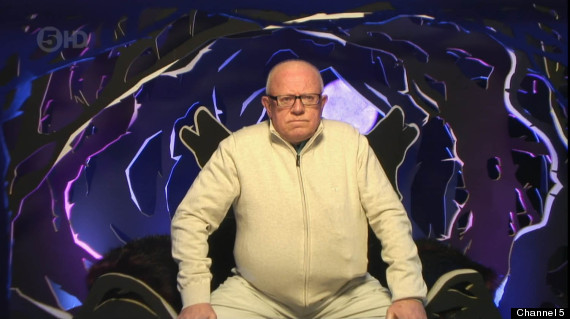 Ken Morley is warned over his comments

While the housemates were shocked at his joke, he later headed to the bathroom to repeat it to Chloe, Patsy Kensit and Cami Li, who were all in the middle of their morning routine, leading to accusations of sexism and misogyny from some of the group.

Later in the episode, he was also heard making racial remarks to Alexander O’Neal about people of African heritage, which he warned Ken were no longer acceptable, and told him not to use again.

On Saturday morning, Big Brother called Ken to the Diary Room and warned him that if his behaviour didn’t change they “may have no choice but to remove him from the house.”

Ken is one of three housemates currently facing the public vote in Tuesday’s live eviction, alongside Chloe and Alexander, who were picked by Katie Hopkins on the first night of the series.