‘Kingsman: The Secret Service’ is Matthew ‘Kick-Ass’ Vaughn‘s latest high-octane caper, which sees even the usually urbane Colin Firth dispensing with a bunch of thugs with a swiftly applied umbrella handle.

Based upon the acclaimed comic book, the film tells the story of a super-secret spy organization that recruits an unrefined but promising street kid into the agency’s ultra-competitive training program just as a global threat emerges from a twisted tech genius.

With a script from Matthew and Jane Goldman, and a cast that includes Samuel L Jackson, Mark Strong and Sir Michael Caine, Taron Egerton – who previously appeared in ‘Testament of Youth’ – is in safe hands in the lead role of Eggsy. On the brink of stardom, he talks to HuffPostUK about superstars up close, and how life might or might not change…

This cast list reads like a dream roll-call of A-list actors – Samuel L Jackson, Colin Firth, Mark Strong, Michael Caine… who was the most intimidating of this lot for you, and who took you under their wing?

It sounds like a bullet dodge but the idea of them all was very intimidating, but it became apparent very quickly when I mean them all that that wasn’t their style. 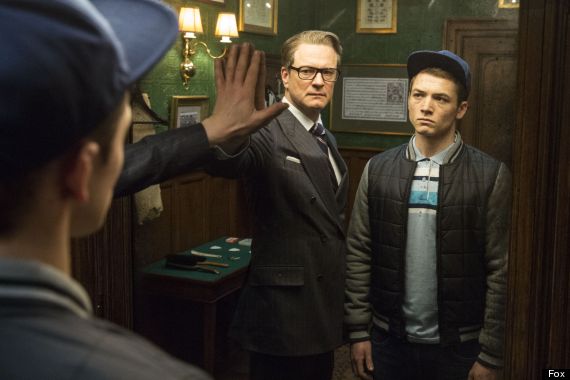 They all made a real effort to make me feel relaxed, and (as far as possible) forget how iconic they all are. In terms of being taken under anyone’s wing it was probably Colin because we spent the most time together. He and I chatted a lot outside of work. He was always texting me to make sure I was okay, or any advice I needed. Colin really guided me throughout the whole process. He was super cool.

What was the biggest lesson you came away with, from acting alongside these veteran stars?

In terms of acting it’s such a personal thing. They all have effortless charisma, great stillness and emotional availability, but if there was one common thing that I learnt from all of them is they’re all very gracious on set. They’re great collaborators and team players, and when you are at the level they’re at there is a responsibility to sort of set the tone on set – between them and the director, and make it a pleasant working environment and be affable and polite.

I think that’s something, despite how tense or hard, or up against you are, to always be pleasant to work with and personable and nice. I don’t think I wasn’t before! (laughs) But it was great to see those guys because they are who they are. 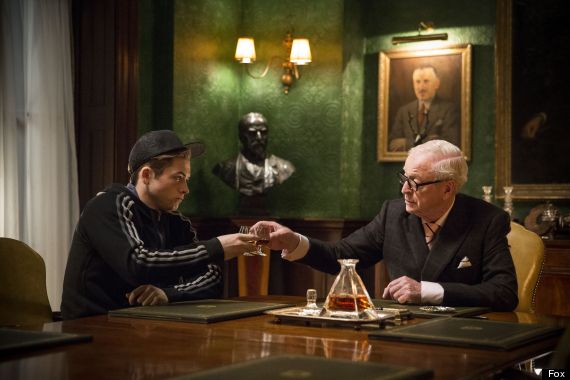 There is no crap with Matthew, he cuts through the crap. He is very specific about what he wants and I really think I thrive on that. I adore Matthew, and am extremely grateful because he’s sort of changed my life really. He’s always firing on all cylinders and his imagination is always going. He comes up with the most amazing ideas that you can’t quite figure out if they’ve been brewing for ages or if they’ve just occurred to him right there. Just about how you can make that scene that little bit cooler, or that little bit snappier, or how the rhythm of the way you deliver something. He’s got a great ear for comic timing. When you’re doing a scene with Matthew, he hears whether the audience in the cinema laugh or not. He’s very talented. 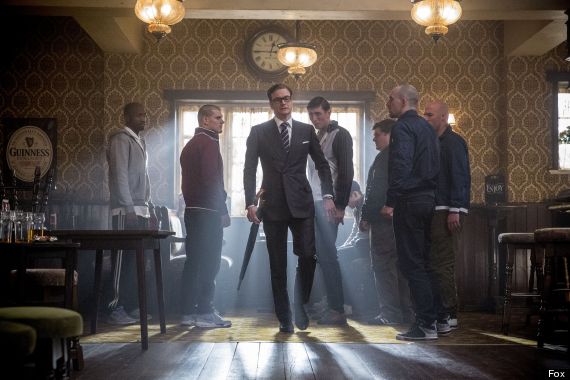 Eggsy seems like the outsider in this gang of new recruits, and it’s very competitive. Was there healthy competition between the gang of actors to do well, and how did you fare?

Yes! So the big competition was between me and Ed Holcroft, who plays Charlie, who is the sort of ringleader of the horrid snobby lads. Ed and I, despite the fact that we loathe each other in the film, we hit it off very quickly. We’re actually going to a music festival next weekend together. We’re really big friends. But we – from day one – had a big competition to see who would get the biggest pecs, because we knew that we had to be topless. I think he may have got the guns, but in terms of abs and pecs I think I just pipped him to the post. But it might have to be for people to decide!

The footage we’ve seen seems pretty intense, claustrophobic and testing for your character. Tell us about the hardest part of all the filming set pieces you had to do?

So with the underwater scene, I had never done any diving before. I did a very small amount for a couple of hours of anticipation of shooting that scene, but the thing that’s really hard is you have to do that ‘mind of matter’ thing. Reminding yourself that your lungs are going to cope for a lot longer than your brain tells you they are. Because when you first start doing it (personally, I am sorry to say I am a smoker), after about 12 or 13 seconds I’m thinking “I’ve got to get out and get some air!” But what happens is you gradually start to relax and the anxiety dissipates, and you find you can go for really long takes.

That underwater sequence, that I guess lasts no longer than a minute or so actually underwater, took nearly 10 days to shoot. It was long and hard work, and very very long hours. We were actually up against it doing that. There was a lot of preparation in terms of gym time and swimming and things to make sure I was fit enough at the time, so that was hard.

It gets emotional at times, it’s extremely physical, there’s comedy in it, and it sort of goes to the extreme of everything really. I think Matthew likes to push those things as far as possible. He likes to shock, you know. You’re laughing one second and then something truly horrific could happen within minutes. And that’s one of the many joys I think. If I could describe the film it’s dapper, dangerous and deadly.

This is a pretty big leap for you, career-wise. What’s been the biggest change to your life since you got the role?

I’ve got Colin Firth’s number in my phone! (laughs) I don’t know, just the lifestyle in making a film like is a huge change. So I moved out of my flat and into a hotel close to the studio, so all that is pretty strange. But no one is recognising me as I walk down the street yet, so my life hasn’t changed massively. I’ve got a little bit more money in my pocket but I’m by no means rich. I can afford to get Tesco’s finest sandwiches rather than the basic ones. But I’m relishing these last few months of being sure that no one will recognise me when I step out the house. I don’t think I’m going to become Brad Pitt overnight, but I presume if walk down Oxford Street there is a chance someone might clock me.

I always think as well the one place where people might really recognise me is if I got to a cinema, because it’s filled with people who go to the movies. So for the time being I’m grateful for how normal it’s staying. But I’m just hoping that I take it in my stride and that it will all just become a part of my normal life. It’s flattering, it’s lovely isn’t it? I think for some actors the fame is an unfortunate by-product of the work. I don’t feel quite like that, don’t get me wrong, I’m very very steadfast about wanting to keep my personal life personal, and making sure that I have plenty of time with my family and friends. But it’s quite exciting to think you’ve achieved some level of success. But the film could flop anyway! (laughs) No one may have a clue who I am!

‘Kingsman: The Secret Service’ is in UK cinemas from Friday 30 January. Watch the clip below…