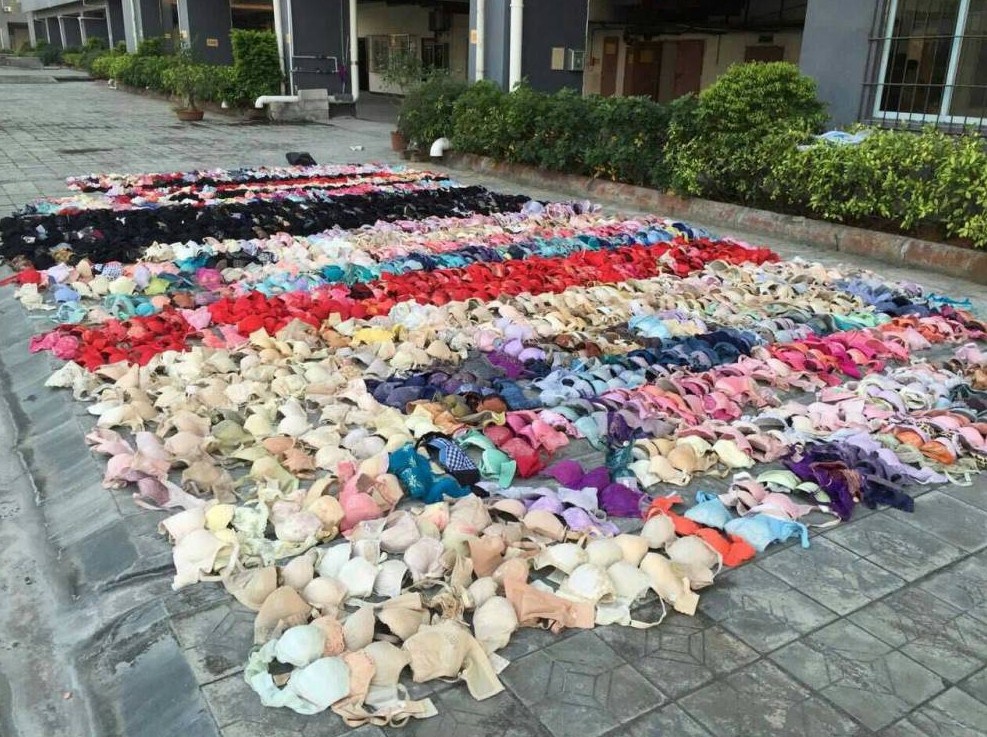 This is the impressive haul of women’s underwear stolen by a perverse man.

The thief, from Yulin, the Guangxi Zhuang Autonomous Region in southeast China, allegedly nabbed the lingerie from women in his neighbourhood over the course of a year.

And if that’s not creepy enough, he hid them in the communal ceilings of a residential building – until they collapsed under their own weight.

He collected each piece by sneaking into his neighbours’ homes while they were out or at work with a master key. It is not yet known how he got hold of the key.

Police laid them on the pavement to count up his colourful trophies.