In the latest pairing of one beautiful person with another genetically blessed being, Lucy Mecklenburgh appears to have confirmed her budding romance with former Olympic gymnast Louis Smith.

The former ‘TOWIE‘ star turned fitness guru posted a sweet pic to her Instagram account, showing the pair embracing in repose, in a photo she captioned “Sunday snuggles”. 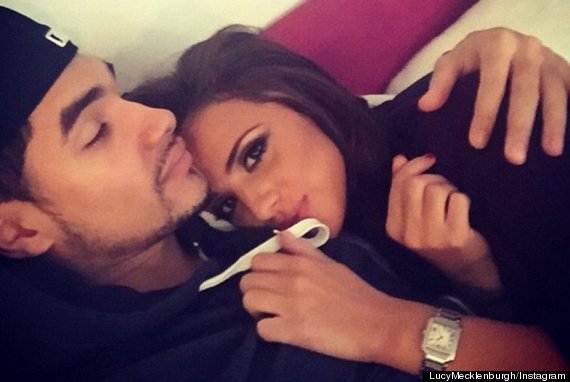 The pair are reported to have enjoyed a “string of dates” after meeting on reality show, ‘Tumble’, where judge Louis put celeb wannabe gymnasts through their paces.

Louis, meanwhile, has not been idle. He collected the ‘Strictly Come Dancing’ Christmas trophy last week, scoring a perfect score of 40 with his quickstep to ‘Jingle Bells’.

He also reportedly dated someone else from ‘TOWIE’, Pascal Craymer, but they didn’t get as far as Sunday snuggles. Perhaps this one’s a keeper.