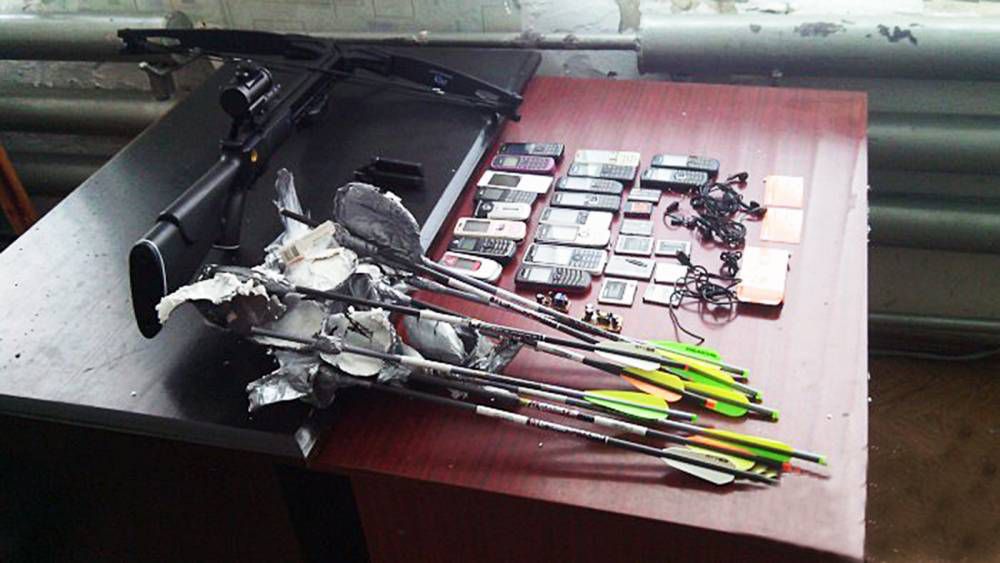 A man has been arrested for allegedly using a crossbow in a bid to fire mobile phones into a Russian prison for inmates to use.

Cornelius Bazarov, 21, was seized with 18 mobiles, spare batteries and earpieces strapped to the end of crossbow bolts with gaffer tape.

He was caught when a wall guard at the jail in the town of Tavda, in southern Russia’s Sverdlovsk Oblast, noticed someone moving through the trees at 1.50am and hit the alarm button.

Bazarov was arrested stumbling through the undergrowth, but it wasn’t until the next morning that police found ten crossbow bolts, the phones, SIM cards and the bow that had been left in a weapons case just 100-metres from the fence.

MORE: Man jailed for filming step-daughter on the toilet

‘When inmates get their hands on them they have access to their criminal networks and can even commit crimes while they’re safely in here with an alibi.

‘They use them to order drugs, blackmail staff, threaten other inmates or even organise revenge on people who put them there in the first place.

‘We arrested the man found in the forest outside the prison walls and he is now facing jail time himself.’