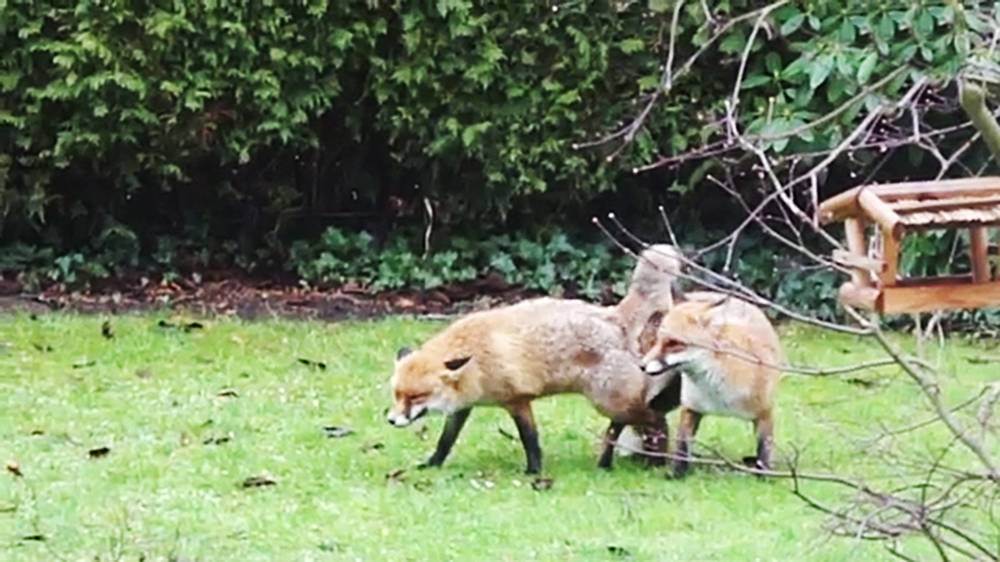 A flustered pensioner made an emergency call to police – because foxes were having ‘abnormally long sex’ in his garden.

Peter Komoll, 68, from Berlin said he spotted the animals and worried they were in distress.

He said: ‘I thought the animals had got stuck together and they might injure themselves permanently.

‘But the police weren’t in the slightest bit interested.’

He was told to call a forester and stop wasting police time.

An animal expert explained: ‘Foxes have sex for at least 20 minutes because the male’s semen is slow moving.

‘Whilst they are having sex, the male penis expands to stop them separating before ejaculation.’