Man clings onto ladder through car window while travelling at 50mph 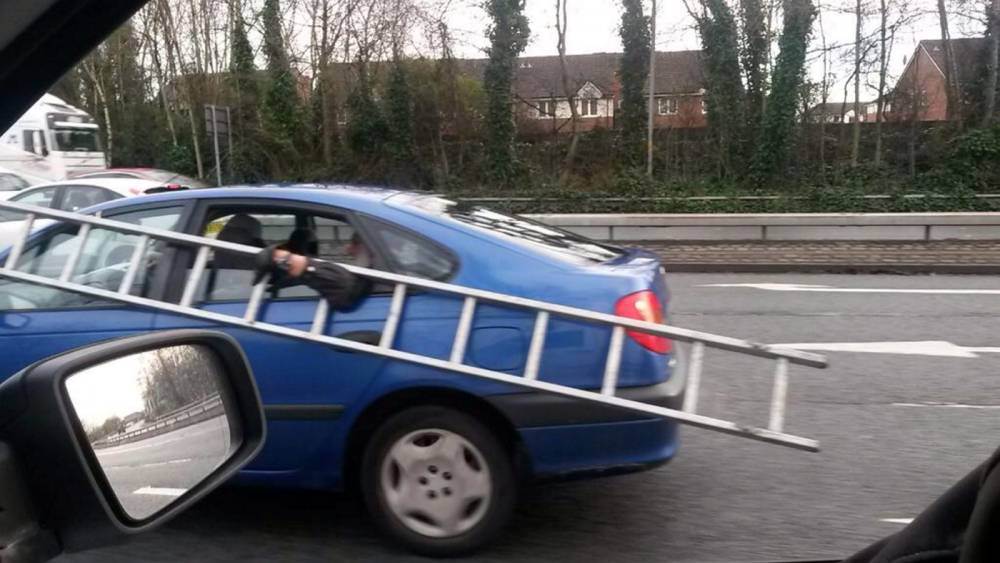 A car passenger was spotted clinging onto a ladder out of the window while hurtling down a busy dual carriageway at 50mph.

The bizarre scene was snapped by another motorist on the A666 in Bolton on Tuesday.

Builder Steve Wignall said: ‘Okay, it looks funny but I was a bit annoyed.

MORE: Roofer climbs taller than Everest on his ladder to break world record

‘I’ve got two young kiddies and there’s a potential for a really bad road traffic accident.

‘It’s not what you expect to see on the dual carriageway coming out of Bolton.’

The father added: ‘Hopefully the driver will read all about his stupid antics and think twice before doing it again.’

MORE: Indian man carries motorbike on his head while climbing a ladder… as you do