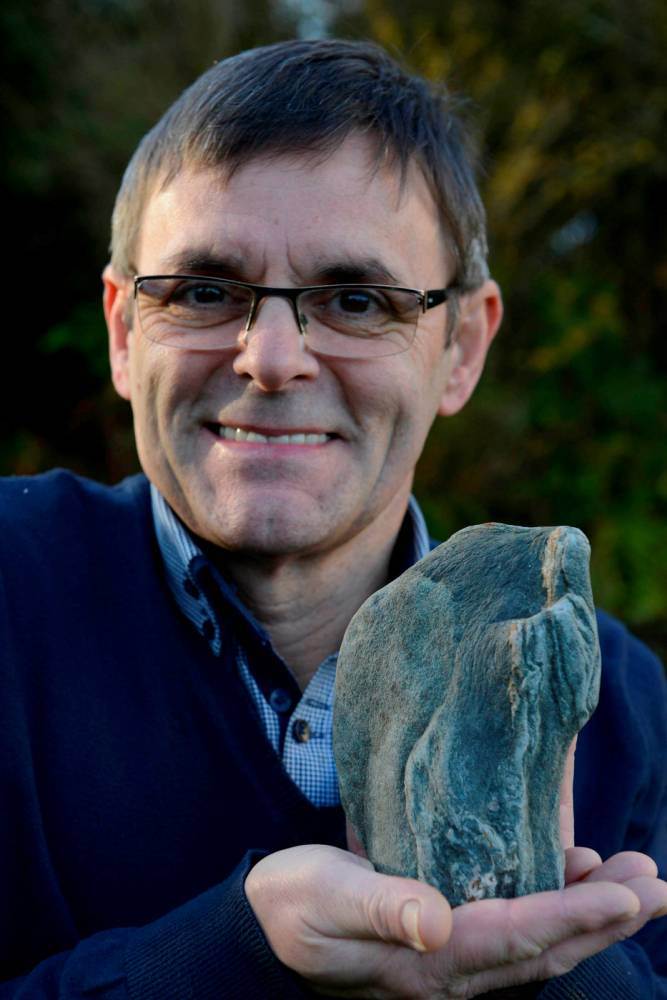 If Jesus Christ was proven to be real it would rock the world – so what better way for him to send a message than appearing as, you guessed it, a rock.

Phil Coby, 54, from West Kilbride in Ayrshire, Scotland, claimed to have pulled a stone from his back garden with an apparition that looked just like the Son of God.

The rock has already been hailed a ‘natural phenomenon, verging on a miracle’ since its accidental discovery before Christmas.

Mr Coby had been digging a dog loo in his back garden when he found the dirty rock at a depth of two-and-a half feet.

‘It was buried next to the roots of the trees. It must have been found for a reason. Other people might have thrown it away but I gave it a good rub,’ Mr Coby said.

Mr Coby added he was first intrigued by its unusual shape in which he believed to make out a head.

But the father-of-three was left stunned when the clean stone revealed a shape apparently resembling a long-haired Jesus wearing a robe.

MORE: Woman rescued by fire crew after getting locked in cupboard – by her one-year-old child