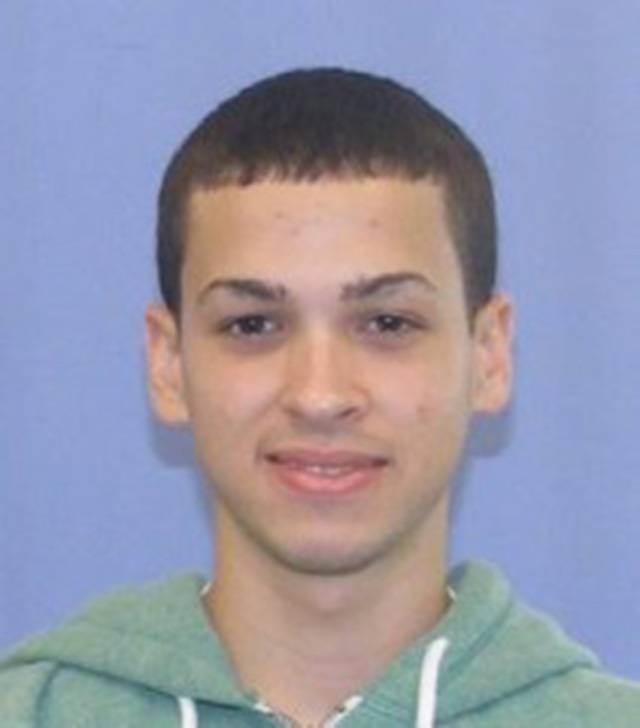 Angel Suarez Medero allegedly climbing onto the balcony of the second-floor apartment in Bensalem, Pennsylvania, on 28 December, where he is said to have masturbated, stolen the homeowner’s dog and jumped out of a window. He was then shot twice while allegedly attacking two residents in a different flat on the floor below.

And Suarez Medero, who, according to police, continued to fight the resident in the first-floor flat after being shot, was charged on Tuesday with burglary, assault and other related charges. Ollie the long-haired dachshund is still missing however.

‘He didn’t have a collar on him because it chokes him when we go out.’

The four-year-old, 17lb sausage dog apparently ran away during the ordeal but despite being spotted several times since the disappearance, he has not yet been found.

A Facebook page has been set up to help find Ollie.