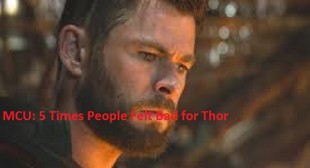 Thor is one of the best movie series in the Marvel Cinematic Universe. The role of Thor was played by the famous Hollywood actor Chris Hemsworth. Thor is known to be the God of Thunder according to the Marvel comics. The movie Thor has three parts so far. The fourth part is in works and is expected to release in early 2021.