Mel B Breaks Silence Over Marriage Rumours, Says Husband Stephen Belafonte 'Would Never Lay A Hand On Me'

Mel B has finally spoken out about her marriage, stoutly supporting her husband’s assertion that he has never inflicted physical harm on her.

The ‘X Factor’ judge had said nothing about the state of her marriage as rumours continued to fly around it for the past fortnight, but on Sunday she took to her Instagram account, posting a smiling picture with her husband Stephen Belafonte, adding:

‘This is for my fans havin problems with my Twitter will be back soon!

‘I’m very good was very polly [sic] but much better now and for the record my hubby never would lay a hand on me sorry took so long but any response fuels rumors #lovemyfamily #lovemyfans.’ 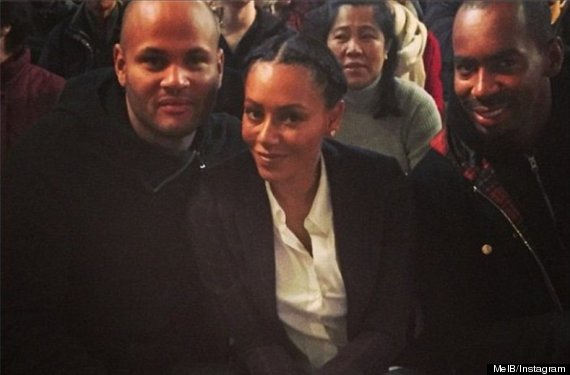 Her words follow her significant posting over Christmas of a family snap,
showing her smiling alongside her husband, as well as their children, with the words “#familyday”.

Have a merry Christmas! #familytime #funday

The pair’s relationship had been the subject of much speculation following Mel B’s absence from the Saturday evening show of the much-feted X Factor final, with reports that she had been rushed to hospital after being taken ill.

The singer rallied to appear on the following night, but viewers of the show were immediately agog, speculating over her muted temperament, and apparent marks on her arms and face.

Stefan, meanwhile, had absented himself from the scene, flying back to their home in Los Angeles, and speaking out on Twitter, calling the allegations of abuse “disgusting”.