Micro-pig pet is now the size of a polar bear 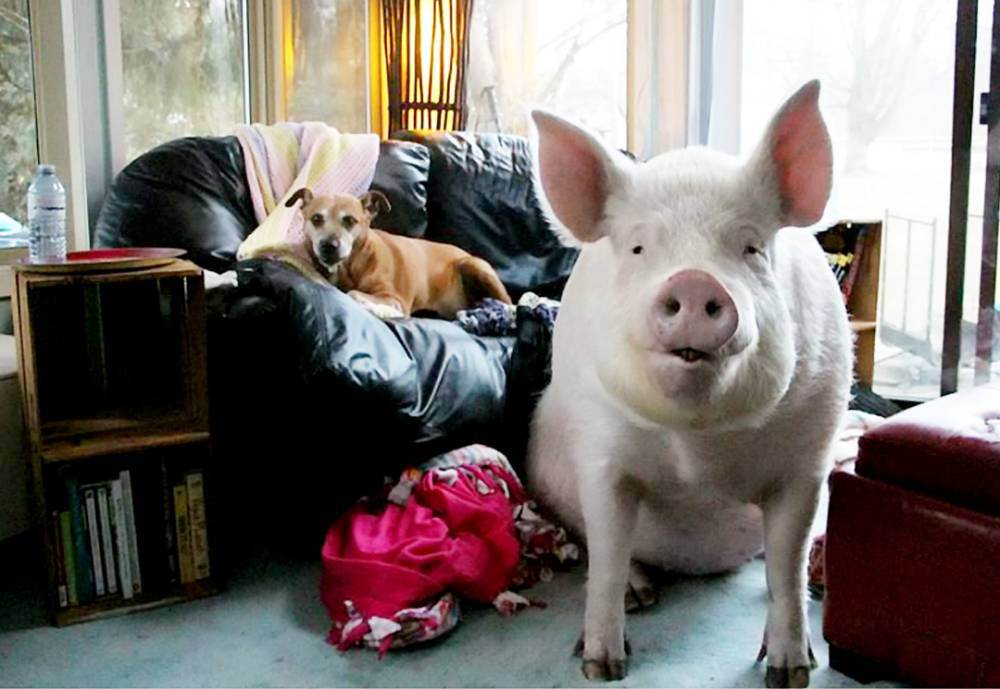 A couple who bought a micro-pig as their pint-sized family pet are now looking after a 670 pound giant.

Steve Jenkins and Derek Walter adopted Esther thinking she would only grow to around 70 pounds.

But Esther has not stopped growing and is now heavier than a fully-grown female polar bear.

The two-year-old animal – who is toilet trained – lives in their house along with two dogs and a cat and eats more than £30 worth of vegan food a week.

She is now an internet sensation with more than 230,000 people following her ‘Esther the Wonder Pig’ Facebook page.

Steve, who works in the property industry, said: ‘We lived in denial for a long time, friends would come over and say “she’s getting bigger” and Derek and I would say “no she’s not”.

‘But soon she was standing to steal things off the kitchen counters, the couch became smaller, and of course there was the weight gain.

‘We just adapted and loved her more. What else could we do? It wasn’t her fault and we would never give up a pet.’

He added: ‘She still on occasion climbs up onto our bed for a nap during the day.’

MORE: Nothing to see here, just a tiny piglet on ice