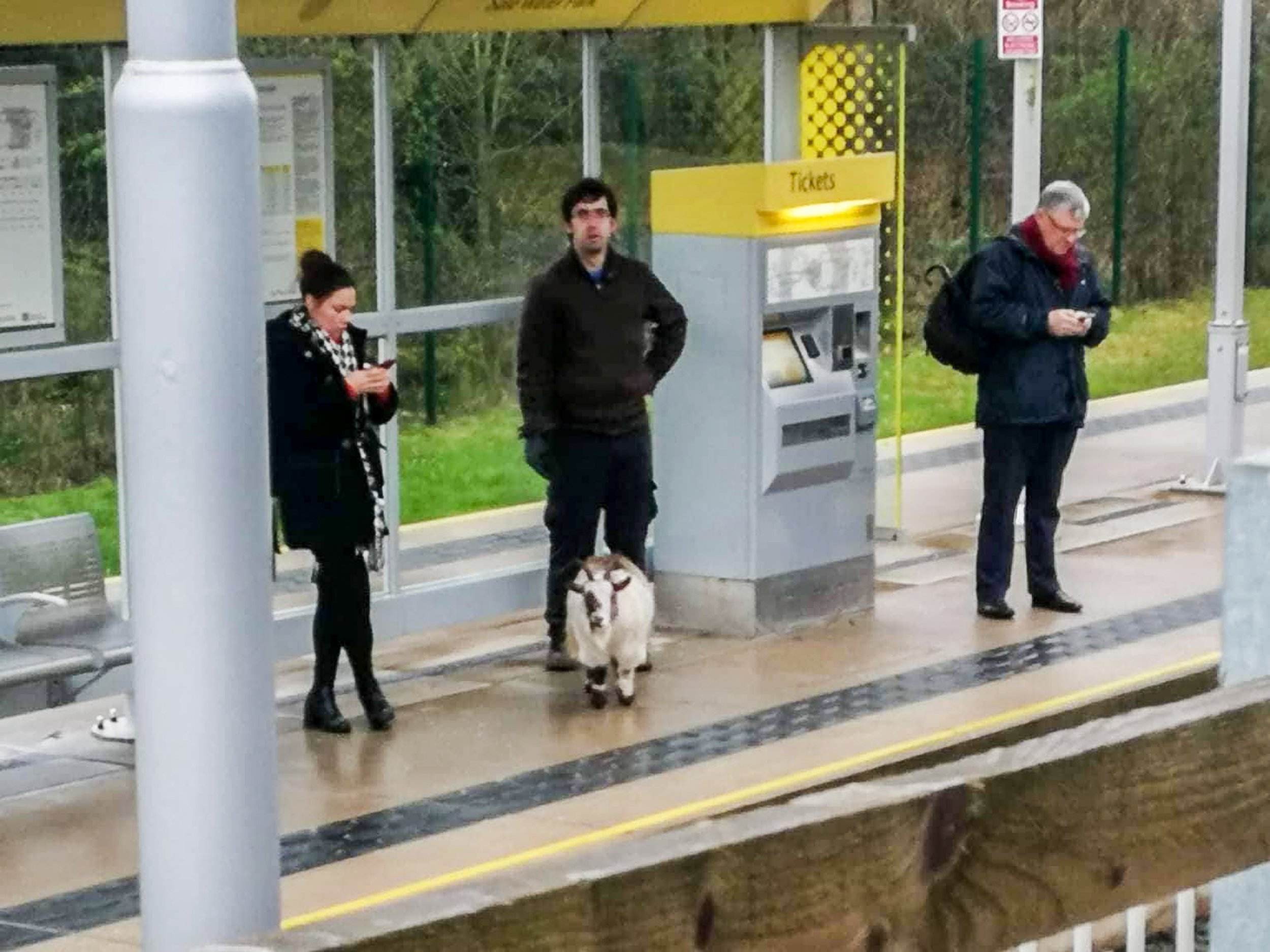 A goat was found 25 miles away from home trying to catch a tram to Manchester.

Belle, a pygmy goat, had been reported missing earlier that week.

She was discovered at a tram station, waiting behind the yellow line with other commuters.

It’s not clear how she came to be there, or if we’ve underestimated goats this whole time.

Fellow passengers were mostly just ignoring the goat and using their phones.

‘I definitely think she was stolen as she turned up 25 miles away. There is no way she could have got that far on her own,’ Julie said.

Animal rescuer Louise Fields, from the Dogs 4 Rescue in Salford, went to the tram stop in Sale, Greater Manchester, after receiving a call from a member of the public yesterday.

Louise said: ‘It was so funny the way the commuters were just on their phones – how could they resist have snuggles with a goat who was right there?

‘The owner came to collect her. She thought she would have been in the pot.’

Belle had been presumed stolen as a gate to the farm was open and the electric wires had been taken down.

She has now been reunited with her brother Jingle.