MP invites Twitter to play Hello Kitty World with him 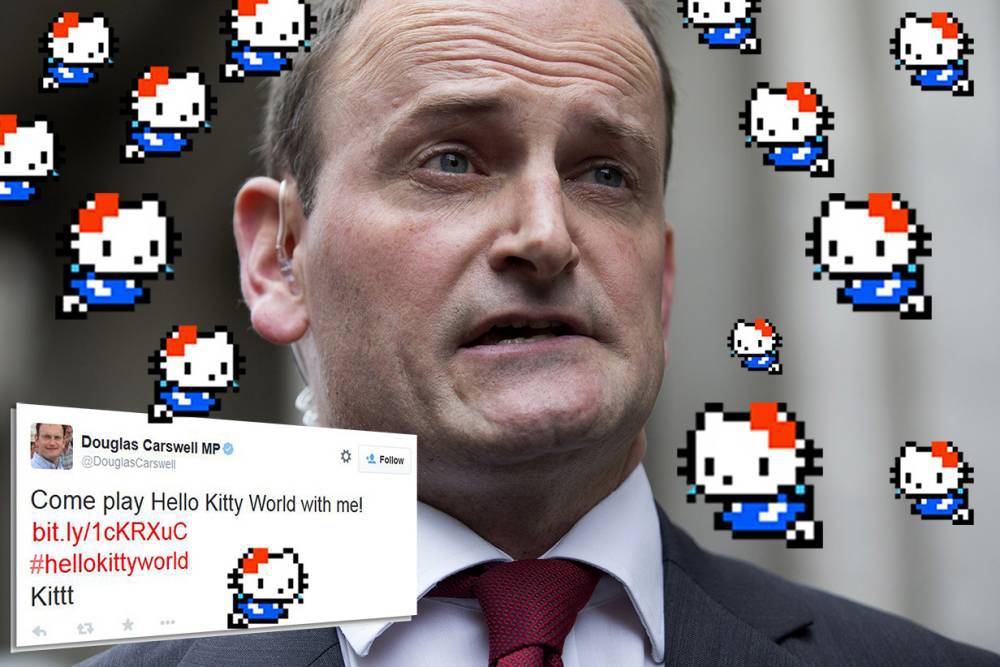 An MP has been left red-faced after he invited his Twitter followers to play Hello Kitty World with him.

Douglas Carswell, who defected from the Conservative Party to join UKIP last year, tweeted a photo of the children’s game with his apparent endorsement.

The bizarre post was picked up by the Conservative press office, which responded bluntly: ‘No thanks.’

He later blamed his five-year-old but admitted he thinks the game ‘is great’.

.@GuidoFawkes oooops! That's the last time I leave the five year old in charge of the iPad (but it is a great game!)

Then Mr Carswell realised something even more embarrassing…