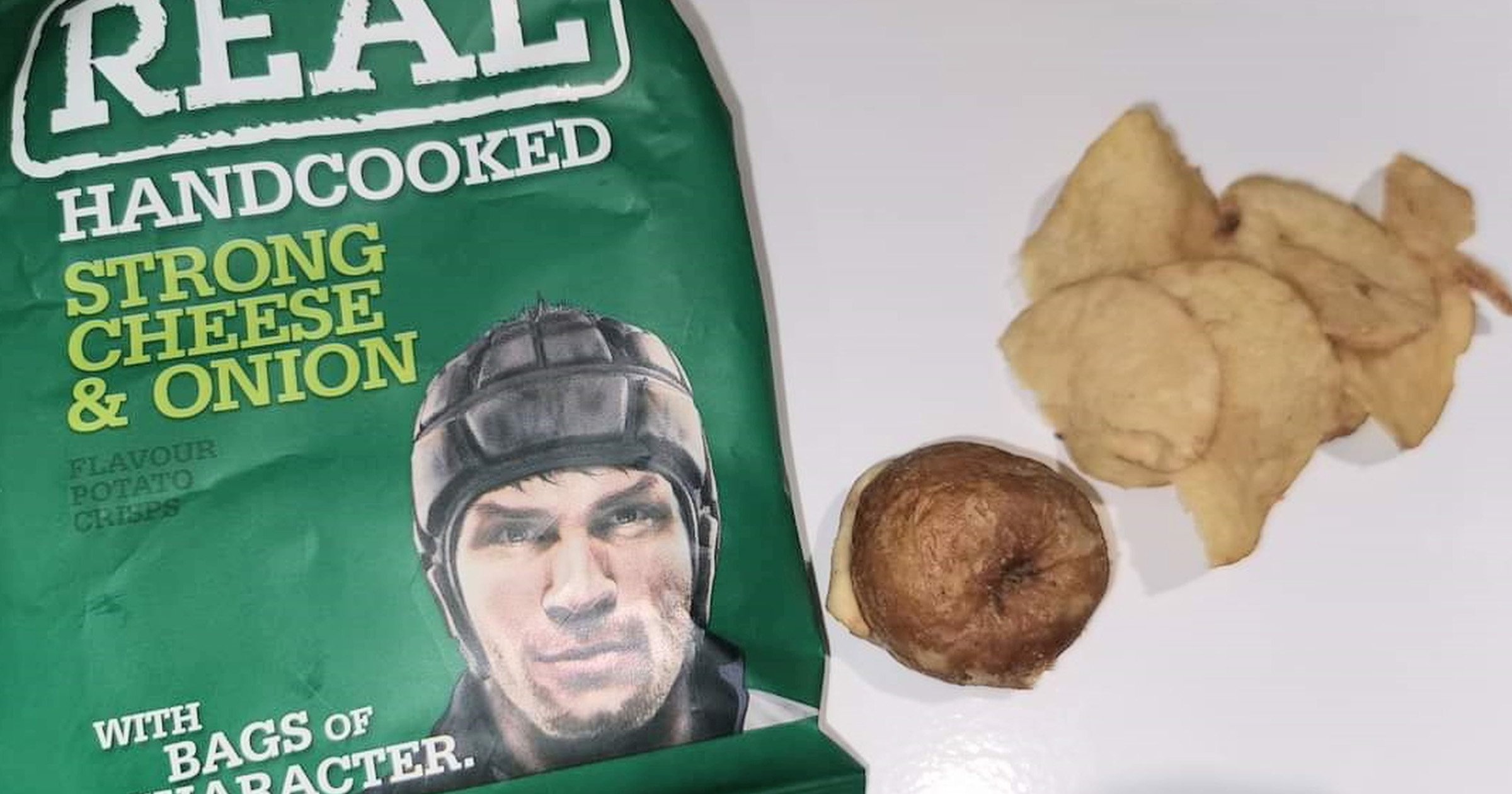 You wouldn’t expect to find a whole potato while tucking into a tasty packet of crisps.

People normally count on the spuds being properly processed, sliced up and cooked by the time they reach the shelves.

So Helen Reed was stunned to discover her pack of cheese and onion crisps contained a rogue potato, which she said was ‘soggy’ and ‘smelly.

But despite this, the face painting business owner from Aberford, West Yorkshire hasn’t been put off munching away at the snack.

She also contacted REAL crisps about the bizarre find, and as an apology they sent over a box containing a few bags featuring different flavours.

Describing the potato’s appearance, Helen, 34, said: ‘It was quite a decent size, it was a bit bigger than a golf ball.

‘The potato was soggy and squishy and smelled a bit funny. I didn’t eat any of them as they were all soggy.

‘I put it in some kitchen roll and brought it home to show my husband. I said “look what I found in a bag of crisps” and he said “eugh put it in the bin”.

‘It’s quite funny the brand’s called REAL as well. You can’t get realler than a potato in a bag of crisps.’

Helen continued: ‘I just found it quite funny, I remember thinking how on earth has that got through?

‘It’s not put me off, I just found it funny – things happen. It could have been a lot worse, at least it was a potato.

‘I’ve not seen anything like this before or since. I’ve had the REAL Crisps since and there’s been no problems.

‘I sent them an email, they replied and sent a box of a few bags of different flavours. There was cheese and onion in there too – I was pleased with their reply.’