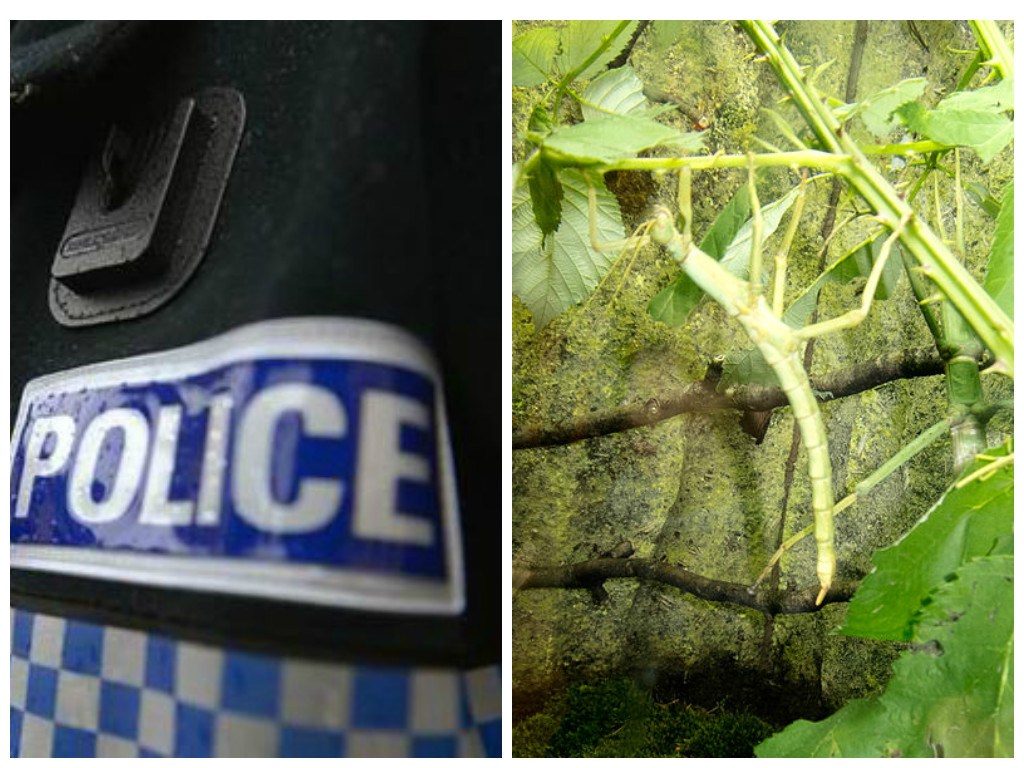 It’s been a great year for unwarranted emergency service calls, thanks to the man who rang 999 after his pizza took 45 minutes to arrive, and the woman who rang because her cat was giving her a ‘strange look’.

There’s one more late addition to the bunch, though, after a mum dialled 999 because her ex-boyfriend gave their children a jar of stick insects for Christmas.

The unnamed woman, who presumably wasn’t a fan of the creepy crawlies, rang North Yorkshire Police and offered to drop off the insects at her nearest police station.

Deployment manager Paul Richardson, who is responsible for deciding the response to 999 calls in York, said: ‘She asked if she could bring them to the police station and leave them with us.

‘I think she was surprised when we said no. People think we have this endless resource that we can deal with any issue whatsoever.

‘She was left with some advice about what police can and can’t do.

‘This sort of thing takes an operator away from potentially life or death situation.’