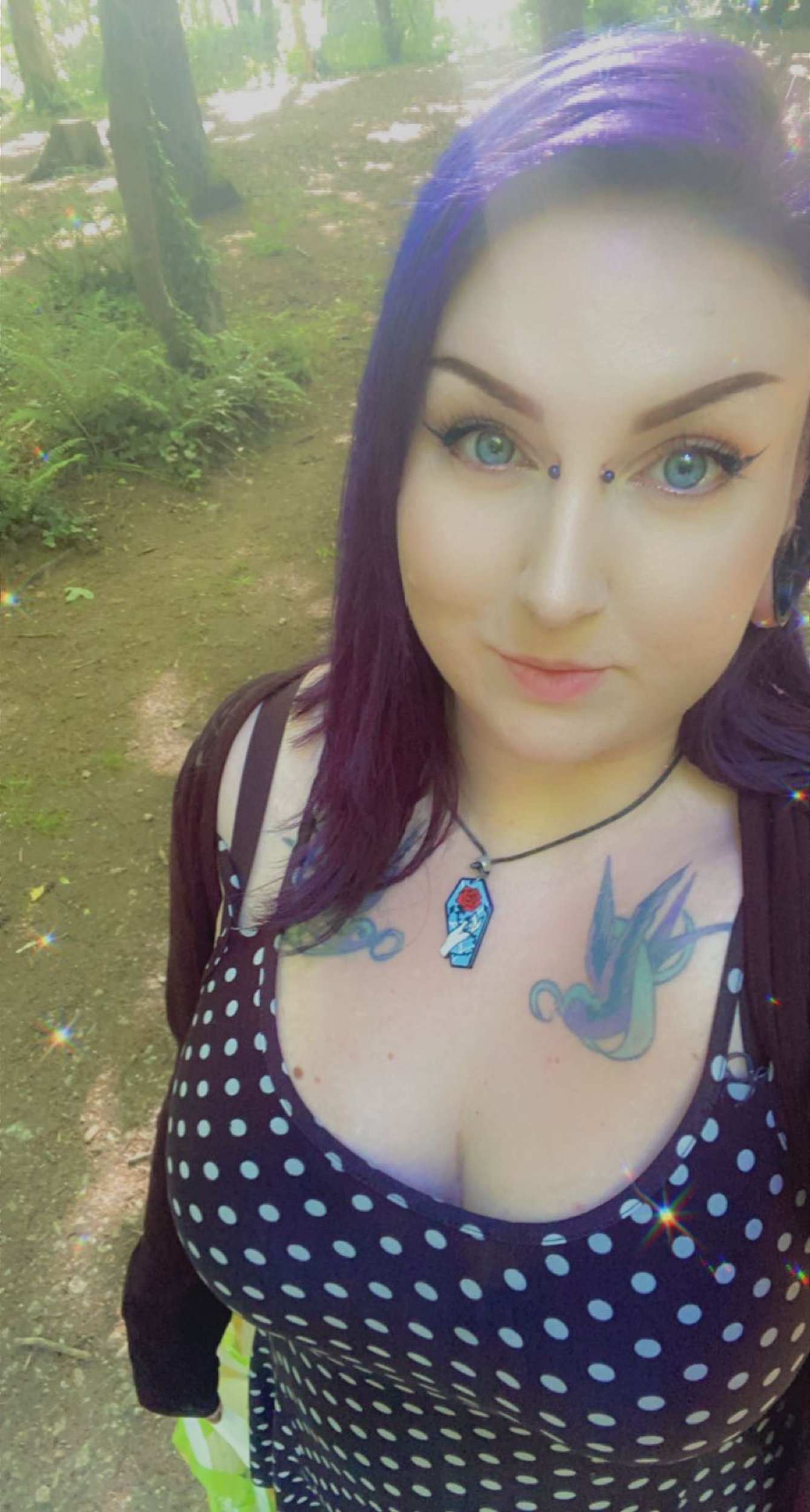 She may be an atheist but Kim Ellis reckons she has borne witness to the second coming of Christ.

The mum-of-two had just finished off a Domino’s meat feast with her partner when she saw something strange staring back at her.

It might have been the carbs talking, but Kim, 33, believes the leftover grease stain in the pizza box looked uncannily like the face of Jesus.

‘I just looked up and noticed a little face looking back at me and thought it was funny,’ Kim said.

‘My first thought was Jesus because of the flowing hair and beard.’

Her partner was out of the room when she spotted it, but he declared it ‘pizza Jesus’ when he came back in.

The retail worker from Penzance, Cornwall, whipped out her phone to document the special moment before sharing her discovery online.

She said: ‘I thought I’d share this one and see what other people saw.

‘Most people have found it funny, there’s been lots of comments about who other people see too. It’s always nice to make people laugh.’

Some of the commenters said it looks more like ‘John Lennon’ or ‘Jerry Garcia’ from the Grateful Dead.

Others reckon it resembles infamous serial killer Charles Manson, or even Hagrid from Harry Potter.

Kim added: ‘It didn’t make me consider taking up Christianity, I think it’ll take more than a greasy pizza box.’

The Messiah clearly works in mysterious ways as his face has popped up all over the place.

Factory worker Jamie Hales, 37, thought he was the chosen one when ‘Jesus’ manifested in a bruise on his left arm.

Let us also not forget the ‘Crucifixion of Jesus’ that appeared in the middle of a tangerine.

The Son of God has also been found in naan bread, a frying pan, a T-shirt, an iron, a Kit-Kat and even on the side of a Chinese takeaway.