Nun who gave birth ‘had no idea’ she was pregnant 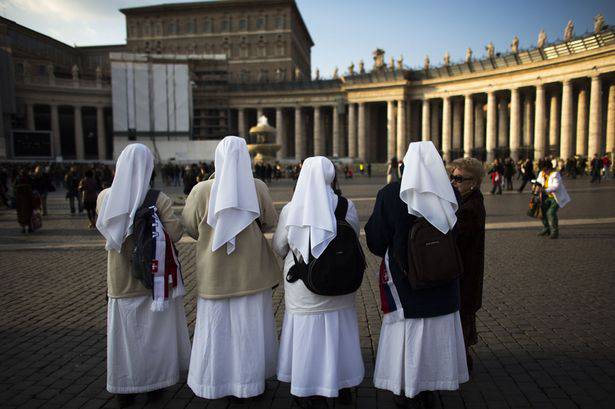 A nun who complained of stomach pains shocked her fellow sisters when she gave birth to a baby boy – and claims she had no idea she was pregnant.

The woman, who belonged to an all-female closed order in Macerata, Italy, was rushed to nearby Bartolomeo Eustachio di San Severino hospital after complaining of severe abdominal pain.

And the South American, who arrived in Italy in June, surprised her fellow nuns when she gave birth to a baby boy, Il Corriere Adriatico reports.

But her fellow sisters weren’t the only ones surprised: the nun claims she had ‘no idea’ she was pregnant either.

This is not the first time a nun has unexpectedly given birth.

Last year, a 33-year-old Salvadorean nun gave birth to a boy she named after Pope Francis.