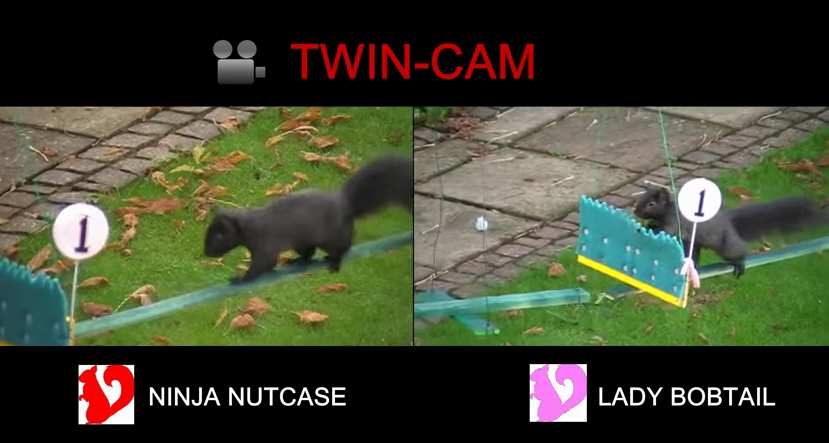 Why is this not on TV?

Who wouldn’t want to see competitors such as Lady Bobtail or the Ninja Nutcase race over a purpose built high wire course?

Ninja Nutcase looked like he was going to take the podium with ease, but was caught by the commentary team bypassing one of the mandatory obstacles.

If only Lord Greystroke, a potential dark horse in the competition, had been interested we might have seen better course times.

This unique contest was the brainchild of the so-called ‘Squirrel Man of Hitchin’, Steven Barley, a teacher from Hertfordshire.

He has made a name for himself on YouTube for creating increasingly elaborate obstacle courses and enticements for the much-maligned rodents in his back garden.

MORE: The 13 stages of smashing your iPhone screen

MORE: When wind turbines go wrong (despite there being no wind)