On Star Wars, The Craft of Writing and What Novelists Can Learn From 'The Force Awakens/

I was 4 years old when I saw Star Wars for the first time. It was on a 12-inch cathode-ray television that had 4 buttons, 2 knobs and looked like a giant microwave (not, I’m guessing, what Lucas had in mind) and I got sent to bed during the trash compactor scene. It was 1982. The subsequent 50 or so viewings (making it to the trench run and victory) took place my Grandma’s top-loading Betamax.

The point is: not even ancient technology could lessen the power of Star Wars. Lucas distilled thousands of years of storytelling – mythology, fairytales, epic classics – into his movie and, in not one, not two, but three bold strokes of narrative genius, set the whole thing in a “science fiction” future, had it look used, lived-in, historic, then shunted the whole thing back to an ancient past. This juxtaposition, combined with the archetypal hero’s journey, created a deeply powerful effect before we even got to “faster, more intense”.

Star Wars surpasses genre and transcends viewing age. It is not a children’s film. It’s an adult film that happens to be suitable for children. As a result, it doesn’t patronise children, nor does it attempt to second-guess what kids will find interesting and entertaining. And call it A New Hope if you want, but Lucas’s original vision works best in a vacuum, away from the complications of family saga that followed (and then preceded) it.

And if you’re too young to read it, the opening shot tells you everything you need to know about the entire movie within one second: tiny spacecraft being pursued and outgunned by a MASSIVE spacecraft.

From then on, much is alluded to, referenced, but never explained. Consider the exchange between Beru and Owen: “He has too much of his father in him” “That’s what I’m afraid of” or, famously, “You fought in the Clone Wars?” What’s “The Kessel Run”? Who’s “Jabba”? Even the Force only gets 5 lines of exposition in the whole movie.

We are left to fill in the blanks with our own imagination, which creates a deeper, more profound bond between us and the story because we are contributing, turning the film into a living, symbiotic thing – part Lucas’s, part ours – and that is a deeply powerful thing. It also subconsciously encourages repeat viewing and establishes a greater trust between viewer and filmmaker: he knows, you think, so you lean in a little closer. Let that which is unsaid remain unsaid.

Star Wars also contributes one of the most impressive examples of what Freytag called “rising action” to storytelling. It begins in Mos Eisley, in the cantina, and doesn’t end until the Millennium Falcon gets pulled into the Death Star. It’s a masterclass in establishing what’s at stake, continually raising those stakes, and having the action rise so many times you think there can’t possibly be anywhere left to go – at which point Ben Kenobi announces, “That’s no moon – it’s a space station” and everyone’s heads explode. And if you make it to the end of the movie, the climatic attack on the Death Star is so beautifully simple it makes me want to weep: fly down a trench and hit a bullseye. That’s it. There’s even a briefing beforehand.

To watch Star Wars properly these days you need Harmy’s Despecialized Edition – a laudable humanitarian project that sought to remove all post-1977 Lucas tinkering. As an adult, you need to see the film that Lucas made as a young man, not the one he tried to remake as an older one.

And so to J.J. Abrams and The Force Awakens. It’s near note-perfect, and moves, as co-writer Lawrence Kasdan said, “like a son-of-a-bitch”. It is fun. Oh! It is so much fun! It is funny and bold and intense and optimistic and one hell of a ride. It is pure excitment, and pure joy. 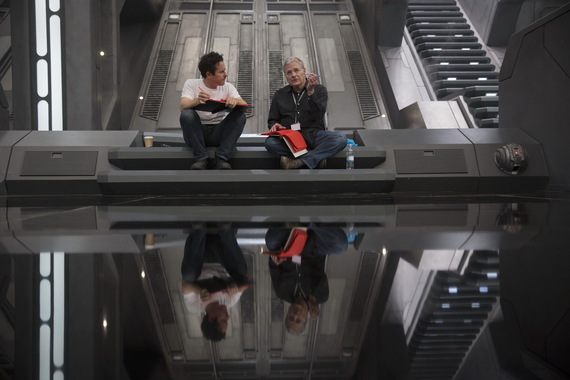 What impressed me most about the writing, though, was that which was not written. What remained unsaid, unexplained. The best advice for any writer is, leave out as much as you can, because your reader, your audience, will fill in the rest, be it story, backstory or what a character is thinking and feeling.

Artoo and Don Draper have more in common than you might think.

Not writing stuff is harder than writing stuff and it takes a long time and looks like you’ve done very little. I left out as much as I could when writing The Last Pilot, my debut novel (Picador/Myriad). 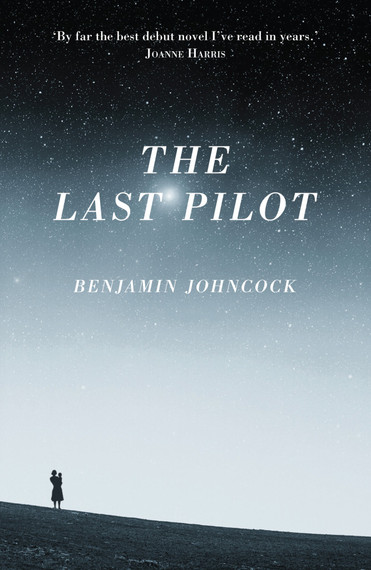 With echoes of Raymond Carver as well as Tom Wolfe’s The Right Stuff and Richard Yates’ Revolutionary Road, The Last Pilot re-ignites the thrill and excitement of the space race through the story of one man’s courage in the face of unthinkable loss.

The Last Pilot is about grief and anxiety and a marriage in crisis, and what I didn’t write was as important as what I did write – novelist Jon McGregor said that The Last Pilot “crackles with the energy of things unsaid”. It was an instinct I had during the process, and decided to trust.

I remember days where I’d have a thousand words either on the page or in my head by mid-morning, and a single paragraph, sometimes less, by the time I went home for dinner. It was tough to explain, hard to trust, harder still to justify.

When the Washington Post ran a full-page review on publication of The Last Pilot, calling it, “nostalgic and heart-rending… hypnotic. Not only has Johncock stripped his narrative down to sleek, aerodynamic paragraphs, but he tells much of this story in clipped dialogue that only suggests the pain swelling beneath the lines… the effect is supercharged Hemingway at 70,000 feet“, I cried. (I mean, I also jumped around a lot, and joy-faced myself to sleep, but there were Other Emotions.) I’ve not read Hemingway, but I have watched Star Wars 900 times. And Jim Harrison is named Harrison for a solo reason.

The instinct – be it with story, backstory, dialogue, a character’s thoughts or emotion – is to be explicit. But less can be more. And much less can be so much more. Let that which is unsaid remain unsaid.