Zayn Malik has taken to Twitter to insist that he’s still happy in his relationship, following a Twitter furor over snaps of him with another girl.

The One Direction singer is currently on tour with his band, and concerned Directioners sent hundreds of tweets when the pictures, that are believed to have been taken in Thailand, were shared online.

Directioners were then sent into even more of a spin when a snap of Zayn posing with a girl – who’s clearly not his fiancée Perrie Edwards – was posted on Instagram.

“Zayn is engaged and holding hands with a girl who isn’t his fiancée and people are saying Zayn has nothing to apologize for?,” wrote one fan. “Obviously nobody knows the whole story, but we do have pictures. And cheating on your fiancée (whether you’re Zayn Malik or not) is wrong.”

“Cheating is like one of things I’ll never agree with no matter who’s the person including zayn so,” posted another.

Now, Zayn’s taken to Twitter, silencing speculation that his relationship with Perrie could be on the rocks.

“I’m 22 years old… I love a girl named Perrie Edwards,” he wrote. “And there’s a lot of jealous fucks in this world I’m sorry for what it looks like x.”

I’m 22 years old… I love a girl named Perrie Edwards. And there’s a lot of jealous fucks in this world I’m sorry for what it looks like x

Zayn’s been dating Little Mix singer Perrie since 2011, but despite getting engaged in August 2013, they haven’t been spotted together in over two months.

Perrie recently fuelled break-up speculation when she was pictured without her engagement ring. 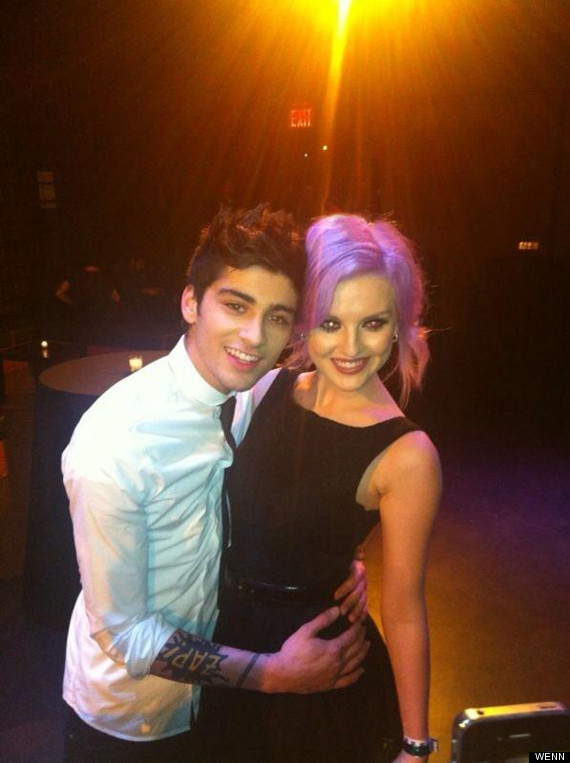 The band’s huge On The Road Again tour is well underway, but there was a small hiccup in Perth, when Zayn had to leave the concert early due to illness.

1D have a number of concerts to perform around the world, before arriving in the UK in June.