Apparently a couple that laugh together, stay together. That means Reuben and Rebekah should be an item for a very long time because they love playing pranks on each other. This time round it was Rebekah’s turn to get revenge on her boyfriend after he had tricked her into opening an exploding ketchup bottle. MORE: […] 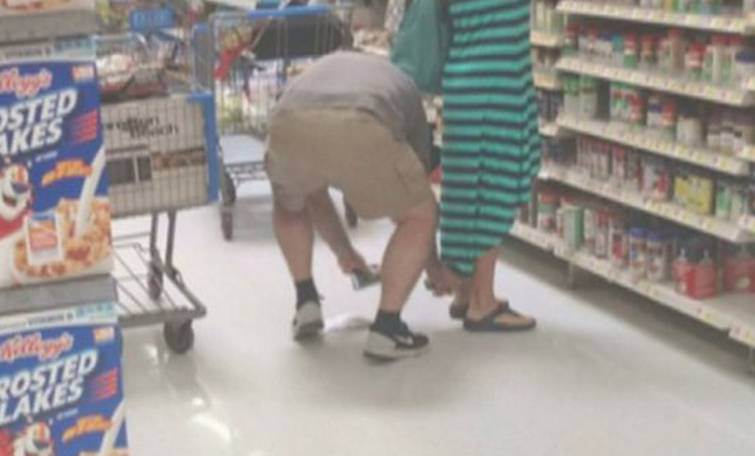 Foo Fighters frontman Dave Grohl has proved he’s made of some seriously hard stuff after carrying on performing at a gig having broken his leg on stage. The rock band’s lead singer suffered a nasty fall just two songs into a show in Gothenburg, Sweden on Friday (13 June) when he plunged off the stage. […]

Chris Evans has publicly backed Nick Grimshaw to front a new series of ‘TFI Friday’, but it seems fans of the show are less than impressed with the suggestion. SEE ALSO: These ‘TFI Friday’ Best Bits Will Take You Right Back To The 90s Remember When The Spice Girls Hosted ‘TFI Friday’? TFI Friday’s Back […]

Being one of the most famous voice artists in the world, of course Graham Norton was going to ask Seth MacFarlane to do some of his ‘Family Guy’ voices as he appeared on his chat show. What the cartoon creator wasn’t expecting though, was to have to sing some of Cyndi Lauper‘s greatest hits as […]

Rita Ora has admitted she is loving being at the centre of a bidding war between ‘The X Factor’ and ‘The Voice’. SEE ALSO: Is Rochelle The New Host Of ‘Xtra Factor’? ‘X Factor’ Announces Some Exciting Judging Panel News Olly Reveals His Pick For The ‘X Factor’ Panel As Bookies Suspend Betting It has […]

Big Brother's Nikki Grahame Promises Fireworks With Simon Gross As She Returns To The House
ladsfads.com

‘Big Brother’ legend Nikki Grahame has promised fireworks if she is locked up in a secret room with current housemate Simon Gross, when she re-enters the house on Friday (12 June). SEE ALSO: Jade Delivers The Funniest ‘BB’ Moment Of The Series ‘BB’ Pair Reveal Exactly What Happened Between The Sheets ‘Big Brother: Timebomb’ – […]

West (Westen), Christian Schwochow’s insightful and powerful tale of one womans escape to the West – Jurassic World is an all claws and jaws fun adventure spectacle – London Road is an impressive, darkly funny and thought provoking adaptation of the National Theatre hit – Joshua Oppenheimer’s stunning The Look of Silence focuses on the […]

Mötley Crüe’s drummer Tommy Lee says it’s going to feel like being a single man all over again, when the band finally call it a day on New Year’s Eve this year. Tommy, who’s been the drummer in the band since it formed in 1981, tells HuffPostUK he’ll be quite happy to “whore himself out” […]

Caitlyn 'Bruce' Jenner reminisces about the 'love and good times' she shared with ex-wife Kris
ladsfads.com

The former couple’s divorce was finalized on March 23 following a 23-year marriage and two daughters – Kendall, 19, and Kylie, 17

'Violence and Son' at the Royal Court
ladsfads.com

Violence and Son, by Gary Owen, has given me 24 hours of full brain gymnastics. It turns up another secret or question or punch to the face every time it ticks back through my thoughts. Teach it in every single school now. The eponymous Son is Liam – a quick-witted but awkward 17-year-old Doctor Who […]

It’s now been almost a year since Rixton first came on the scene, seemingly from nowhere, with their ear-worm debut single ‘Me And My Broken Heart’, which stormed its way to the top of the UK singles chart last summer. Casual fans could probably be forgiven for thinking the group’s success came almost overnight, though […]