Megan Fox and Brian Austin Green split 'after fighting over her career'
ladsfads.com

The 29-year-old actress and the 42-year-old former teen heartthrob best known for Beverly Hills, 90210 have have two children together: Noah, aged two, and Bodhi, aged 18 months.

Yvonne Craig, who played the original Batgirl in the 1960s ‘Batman’ TV series, has died at the age of 78. The actress had been battling breast cancer, which had spread to her liver, for the past two years. She died on Monday at her home in the Pacific Palisades, surrounded by her immediate family. Yvonne […]

Why Bother Slapping a Rating on Something That's Already in the Public Domain?
ladsfads.com

When you start having children, just about everything on planet earth turns into a threat. The spirits you enjoy glugging must be kept under lock and key, smokers have got to be avoided like the plague and the dirty music videos that used to give you that Friday feeling need to be left switched off […]

Peter Andre has been confirmed for the upcoming series of ‘Strictly Come Dancing’. MORE ‘STRICTLY’: Revealed! All The Celeb Victims Of The ‘Strictly’ Curse Bookies Have Tipped These Stars To Take Part The Show’s Most Memorable, Awkward Moments Are These The Sexiest Ever ‘Strictly’ Stars? The singer has been on the list of rumoured contestants […]

Dr Dre is having a week of very mixed fortunes. He is enjoying his first-ever UK chart-topper with his first solo studio album in 16 years, ‘Compton’ – inspired, he says, by the sight of actor Corey Hawkins playing his younger self in the N.W.A. biopic ‘Straight Outta Compton’. Dr Dre has had a week […]

‘Emmerdale’ star Michael Parr has thanked his fans, following the launch of a petition calling for his character Ross Barton to return to the soap. Earlier this month, soap viewers saw Ross killed, during the dramatic #SummerFate episodes, at the hands of his brother Pete. Michael Parr Pete then dumped his body in the woodland, […]

‘Great British Bake Off’ contestant Flora Sheddan has hit back at critics, who have accused her of being “too posh” for the baking show. READ MORE: ‘Great British Bake Off’: Biscuit Week As It Happened, In Funny Tweets Mel And Sue’s Chat Show Axed Last week’s episode saw Flora torn apart by Twitter users, when […] 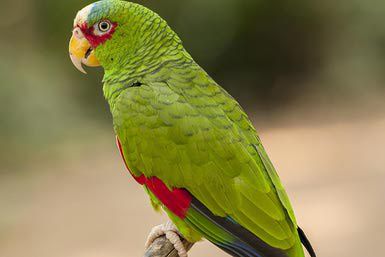 The parrot (not pictured) apparently hurled abuse at Janabai (Picture: Getty Images) A parrot has reportedly been taken into custody after it swore at an 85-year-old woman. Janabai Sakharkar, of Maharashtra, India, claimed Hariyal the parrot hurled abuse at her whenever she passed by the house of her stepson Suresh. Police apparently found this hilarious, […]

Rita Ora gets up close and personal with Chris Brown in a steamy preview clip for their new music video. READ MORE: Rita Ora Turns Heads In LA With Another Bizarre Ensemble Rita Ora Goes Sheer For New York Night Out Earlier this week, the musical pair unveiled their new duet, ‘Body On Me’, with […]

Calvin Harris has had Twitter feuds with Katy Perry and Lady Gaga
ladsfads.com

The 31-year-old EDM artist engaged in a social media spat over his girlfriend Taylor on Monday when the former One Direction member retweeted a post critical of her refusal to stream music on Spotify.

‘Emmerdale’ producer Kate Oates has spoken out following the sad news that actress Kitty McGeever has died. MORE: ‘Emmerdale’ Stars Share Tributes To Kitty Kitty starred as Lizzie Lakely until 2013, when ill health forced her to leave the show, and the star was the UK’s first ever blind soap actor. Kitty McGeever Producer Kate […]