Rapper Professor Green has told how he was accused of “defending rapists” after being led to a Britain First rally in Rochdale where the political group are today protesting against “Islamist grooming gangs”. Green, real name Stephen Manderson, was filming in the Greater Manchester town when he said one of his subject’s “led” him to […]

Chester Bennington's Passing Is A Stark Reminder Of The Seriousness Of Depression But There Is Hope
ladsfads.com

It was the news that so many of us wanted to be untrue as the media began reporting the death of Linkin Park frontman Chester Bennington. A close friend to Chris Cornell of Soundgarden fame, who passed away earlier this year in what appears to be extremely similar and tragic circumstances, it is believed that […]

Life as a teenager is never easy; it’s full of perils and tribulations, angst, joy, pain and sometimes our first contact with grief. You slowly begin to see what the world is like, its sharp edges and at times every problem feels like a massive wave crashing on top of you. In those moments, you […]

The 28-year-old Grammy-winner said that he suffered ‘extreme’ emotional distress when he was not initially permitted to leave the country in July of 2015 after a concert.

function onPlayerReadyVidible(e){‘undefined’!=typeof HPTrack&&HPTrack.Vid.Vidible_track(e)}!function(e,i){if(e.vdb_Player){if(‘object’==typeof commercial_video){var a=”,o=’m.fwsitesection=’+commercial_video.site_and_category;if(a+=o,commercial_video[‘package’]){var c=’&m.fwkeyvalues=sponsorship%3D’+commercial_video[‘package’];a+=c}e.setAttribute(‘vdb_params’,a)}i(e.vdb_Player)}else{var t=arguments.callee;setTimeout(function(){t(e,i)},0)}}(document.getElementById(‘vidible_1’),onPlayerReadyVidible); Speculation is rife that Lisa Fowler is poised to make a shock return to ‘EastEnders’.  The character, played by Lucy Benjamin, is reportedly on her way back to Albert Square, to come to the aid of daughter Louise Mitchell. Viewers saw the teen fall victim to bullies Alexandra […]

function onPlayerReadyVidible(e){‘undefined’!=typeof HPTrack&&HPTrack.Vid.Vidible_track(e)}!function(e,i){if(e.vdb_Player){if(‘object’==typeof commercial_video){var a=”,o=’m.fwsitesection=’+commercial_video.site_and_category;if(a+=o,commercial_video[‘package’]){var c=’&m.fwkeyvalues=sponsorship%3D’+commercial_video[‘package’];a+=c}e.setAttribute(‘vdb_params’,a)}i(e.vdb_Player)}else{var t=arguments.callee;setTimeout(function(){t(e,i)},0)}}(document.getElementById(‘vidible_1’),onPlayerReadyVidible); Louis Tomlinson has revealed it was among his late mum’s last wishes that he reconcile with former bandmate Zayn Malik. During their time in One Direction, the pair’s friendship was one of the strongest bonds in the group, though when Zayn called time on his time in the […]

Anyone who watched the original series of ‘Love Island’ in 2005 will know that it belonged to one man, and one man only – Paul Danan.  Well, now ‘Celebrity Big Brother’ bosses are hoping he can work his magic on their show, after signing him up for the new series. The former ‘Hollyoaks’ actor has reportedly […]

After tweeting along throughout the show, Stormzy finally put in an appearance during Thursday’s (20 July) ‘Love Island’. The chart-topping grime star paid the contestants a visit via Skype during rehearsals for the villa talent show, during which he gave some rapping tips to Marcel Somerville, Kem Cetinay and Chris Hughes. During the current series, […]

Former ‘Doctor Who’ actor Colin Baker has jumped to the defence of departing star Peter Capaldi, whose time in charge of the Tardis has proved to be the most controversial of recent years. During his tenure, Peter has been criticised by some fans, which Colin – who played the Sixth Doctor from 1984 to 1986 […]

There’s a must-see list for everyone. From cradle to grave, from Must See Movies Before You Grow Up through 60 Movies You Have to Watch by the Time You’re 30 to 50 Films To See Before You Die. The lists keep coming, as does the pressure on viewers to tick films off the lists. It’s […] 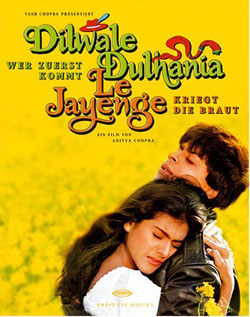 American Horror Story has its title for season seven. On Thursday creator Ryan Murphy tweeted it out when he was at San Diego Comic-Con.

Former ‘EastEnders’ star Riley Carter Millington has slammed the way his exit from the soap was handled. The actor played Kyle Slater, one of several characters who were axed by former executive producer Sean O’Connor when he took control of the soap last year.   Fans saw Kyle leave Walford to do a catering course in France […]